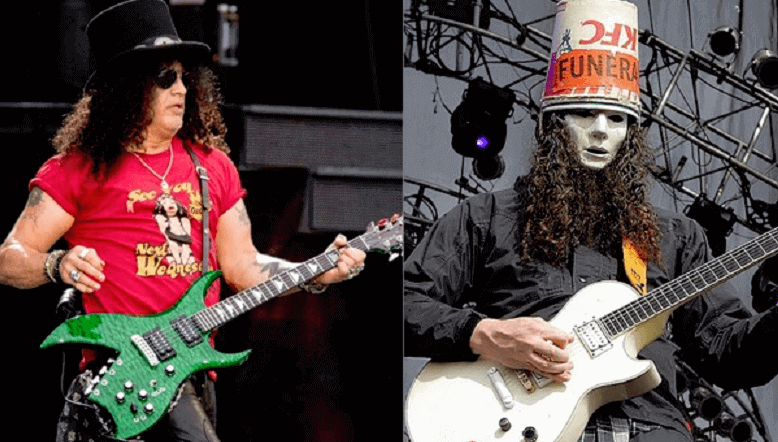 In a interview with Guitar World, Slash talked about his opinion on Guns N’ Roses album without him “Chinese Democracy” (2008). And he praised the guitarist Buckethead.

“You know, it’s very different… it’s really cool stuff, but it was played by guitar players that are very different from me, style-wise.

“I’ve sort of adapted my own way of playing those songs to where I feel comfortable with them, but without losing the integrity of how the guitar parts go. So it’s been a lot of fun to do, like, the song ‘Chinese Democracy,’ which I love playing.

“And there’s a song we’ve been playing lately called ‘Madagascar,’ which, I don’t even know exactly what the guitar parts are on the original at this point because I’ve changed it so much. [Laughs]

“That said, I also want to give credit where credit’s due – the guitar players that played on Chinese Democracy, Buckethead being one of the main ones – are fucking amazing guitar players.

“I have to give those guys a shout-out because that stuff was cool. Very different from what I normally do. So it’s been interesting learning some of the stuff that was on that record. I definitely had to figure out ways to adapt to it.”