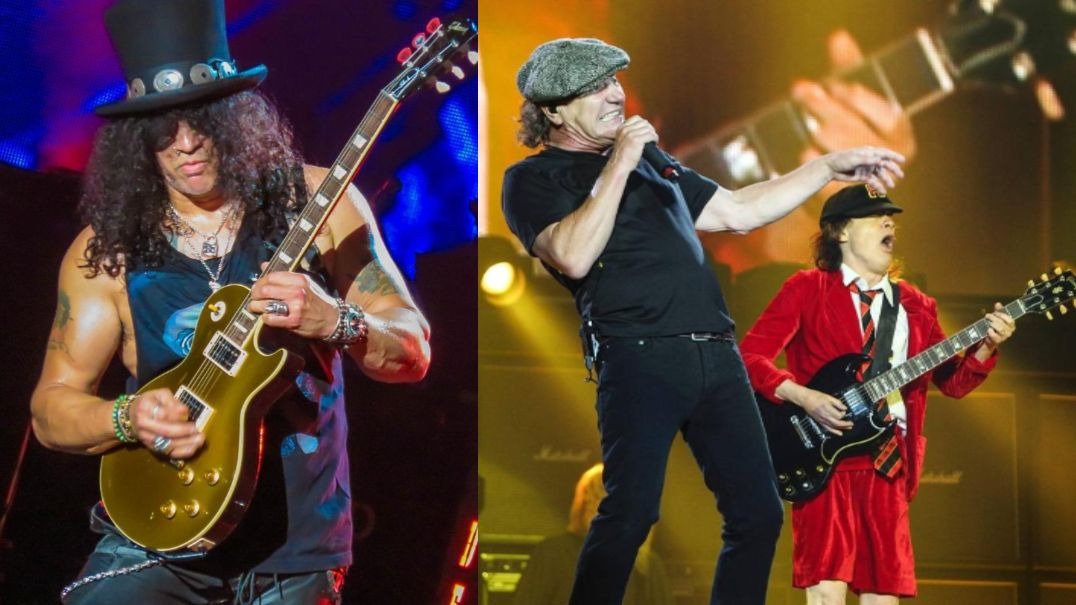 In an interview with Consequence of Sound, Slash stated that AC/DC is the greatest band of all time.

“AC/DC is – bar none – with the exception of Stones, the greatest rock ‘n’ roll band ever. The Stones will always come first for me and then AC/DC.

“There are no other bands that actually play that brand of really ’50s-influenced straight-up rock ‘n’ roll like AC/DC. I love them for that. I think Phil Rudd is one of the best drummers of all time. So anytime he was not in the band, I was always disappointed.”

About the successful Guns N’ Roses tour he said:

“I actually didn’t have any expectations. My biggest concern was the band itself. Obviously, having patched things up with Axl was a huge thing. I mean that was like a way bigger priority than how successful the tour was going to be.

“And then we got into it initially with like four or five shows in mind, and see if we could survive that. So then it started to snowball – no one knew what the anticipation level of those first five shows was gonna be until we did them. And it just went from there.