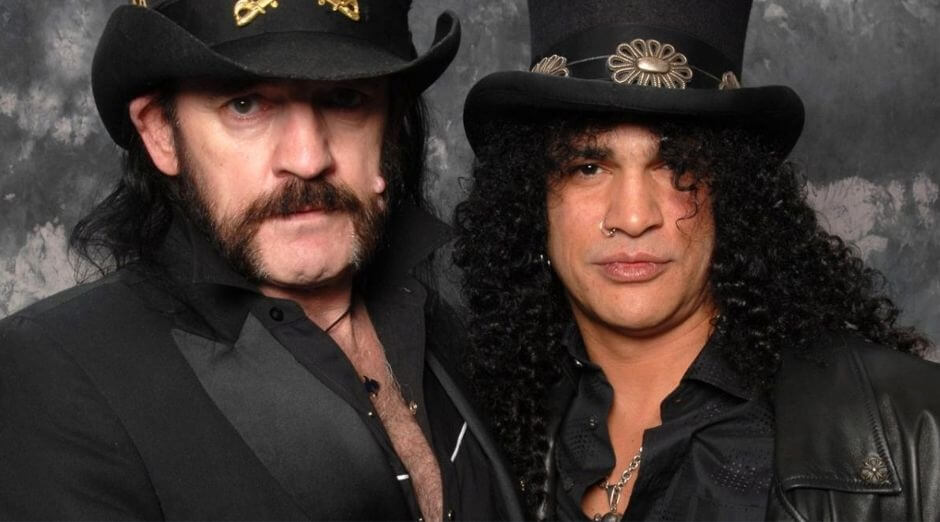 Guns N’ Roses guitarist Slash recalled that the first time he saw Motörhead‘s Lemmy was before fame. He was at the Rainbow Bar & Grill with his girlfriend and went to the bathroom, when he came back Lemmy was trying to seduce his girlfriend. He remembered the moment in an interview with Kerrang.

Slash talked about how fame affected him and when Motörhead’s Lemmy Kilmister tried to seduce his girlfriend:

At your peak, Guns N’ Roses were one of the biggest bands in the world. How did all of that sudden attention and fame affect you?

“I didn’t have any aspirations to be famous per se. You know a lot of people do this for different reasons, and a lot of people, even immensely talented, great songwriters and great musicians love that public adulation.”

“But I didn’t give it much thought because I didn’t have any fantasies of what it was going to be like, or what I wanted it to be like, so when the time came it was hard; like the fact that I couldn’t go to The Rainbow [bar in LA] anymore and just sit there and have a fucking drink…” 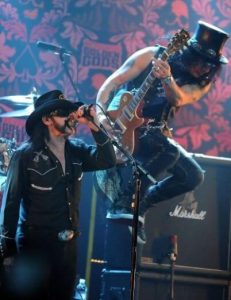 “Lemmy could. My first real Lemmy experience actually happened at The Rainbow. This was probably pre-Guns N’ Roses and I was there with a girlfriend. We’re sitting in this booth, and I’m not anybody, right?”

“So I get up to take a piss and when I come back, Lemmy’s there. He’s on the outside seat, she’s on the inside, and I get on her other side. I’m so enamored that Lemmy is there that I’m completely oblivious to the fact that he’s chatting up my girlfriend.”

“And she’s in this weird state, thinking, ‘Who the fuck is this guy? And why aren’t you doing something about it?’ Lemmy finally realizes that he’s become the third wheel in this situation and it’s not going anywhere for him, so he gets up. She was like, ‘Hey, I didn’t do anything…’ And I said, ‘Do you know who that was?'” Slash said.

Can you remember how you felt when you first heard Axl Rose singing?

“The first time was on a cassette that Izzy [Stradlin, guitar] brought over to my house. There was all this noise and then there’s this really intense high voice over the top of it. My first impression was that it was very soulful. It had a bluesy, melodic thing to it, which was rare for that type of voice. You didn’t often hear somebody hold that melody together so naturally. Then I went to see him and Izzy play one time.

“I didn’t actually realize I was going to see the same person that was on that cassette. They were fucking hardcore on stage. Izzy was doing knee slides and Axl was bashing down. It was cool, like, ‘Fuck…'”

What was the energy like when you first got in a rehearsal room together?

“The first time that we jammed together was at a rehearsal place in Hollywood and it was intense. We started working together at that point, we did some shows and it was always very unpredictable and wild. Like, ‘OK, let’s see what happens.'”

“It was pretty surreal being back on this [reunion] tour because the first time that Axl, Duff [McKagan, bass] and I were back in the same room in person, there was this unquestionable, powerful chemistry that I hadn’t really thought about because it had been 20 years.”

“I always knew that we had this thing. It just happened as soon as we plugged in and started playing, and it was really like an overwhelming feeling of, ‘Oh yeah…,'” Slash said.