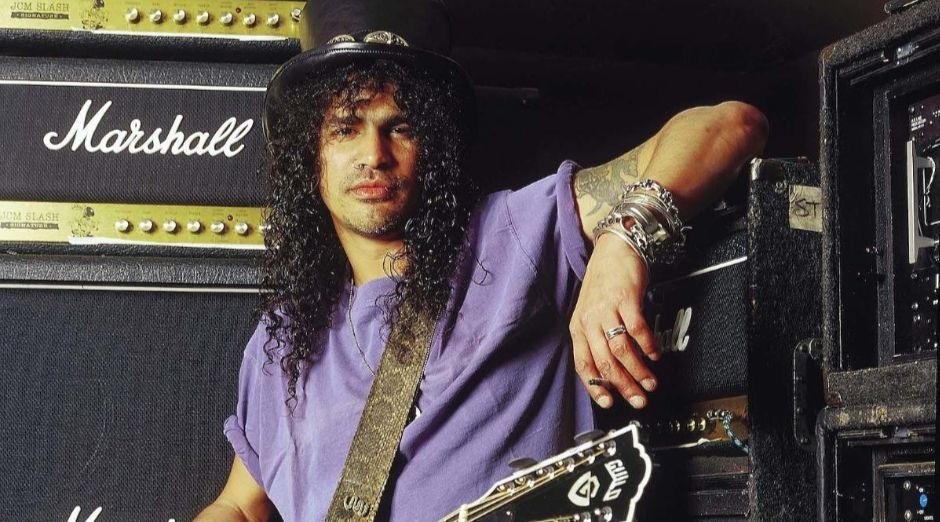 Slash is undoubtedly one of the greatest guitarists of hard rock. The musician made history with Guns N ‘Roses with riffs and solos that are still anthems for fans of the genre. And you probably tired of listen to the band’s most famous and cliche song “Sweet Child Of Mine“, but you can hear below his amazing isolated guitar on the track.

“Sweet Child O’Mine” was born by accident. Guns N Roses members lived together in the mid-1980s. The guitarists Slash and Izzy Stradlin, bassist Duff McKagan and drummer Steven Adler were in the music room, when Slash started playing the intro lick, later joined by Adler, who made a circus beat.

Stradlin asked Slash to play the passage again and began working with McKagan at the base. Slash said that the sequence that starts the song is a “dumb personal exercise.”

Upstairs, Axl Rose listened to the rehearsal and began composing the lyrics. The next day, they began pre-production of Sweet Child O’Mine.

Axl Rose wrote the lyrics for Erin Everly, his girlfriend at the time, whom he refers to as “sweet child”. They married later. Axl Rose even offered Erin Everly half of the copyright income from the song, stating that he would never have done the lyrics without it as inspiration.

The song topped the US charts, becoming the first and only Guns N Roses track to hit Billboard chart number one.