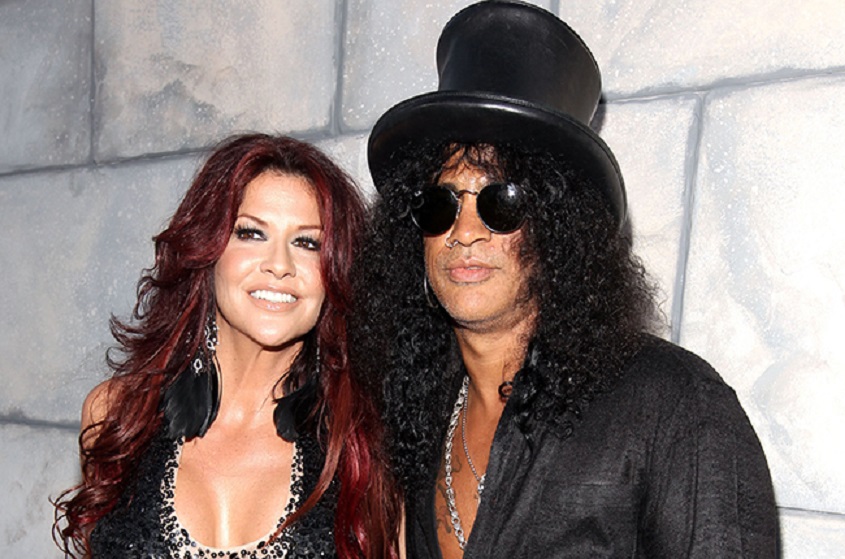 Slash has been granted a restraining order against a man who was seen acting aggressively near the Guns N’ Roses guitarist’s home after failing to gain entry. The unnamed man had attempted to persuade a number of people that he was a close friend of Slash’s.

TMZ reports that court action was taken after two incidents in recent weeks. Documents claimed that the man tried to join a private Super Bowl party at Slash’s house on Feb. 4 by saying he was a friend. When the guitarist’s girlfriend refused to let him in, he rang the doorbell a number of times and attacked a security camera. Two weeks later, the man was back, and after failing to get into another private party, he sat outside revving his motorcycle engine. 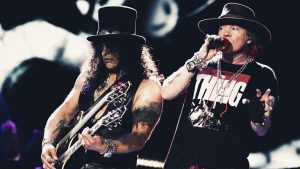 No details have been released that might help explain whether there was any previous relationship between the parties or the motivation for the aggressor’s actions. TMZ notes that “the judge granted a temporary restraining order.” The case is to be heard at a court in Pasadena, Calif., on March 29.

A recording of Guns N’ Roses’ first-ever interview was recently released, featuring an early version of “Don’t Cry” that had been completed just hours earlier. Singer Axl Rose turned up late to the radio session, leaving Izzy Stradlin to do most of the talking. Slash wasn’t yet a member when the interview was recorded. The lineup, which had been together for only a short time, included Tracii Guns, drummer Rob Gardner and the newly joined Duff McKagan. 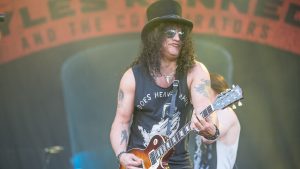 The partially reunited Guns N’ Roses continue their Not in This Lifetime tour in Europe on June 3, with Manic Street Preachers recently confirmed as support act on the U.K. dates. Blabbermouth reported last week that Slash was rumored to be working on a new solo album with his band, Myles Kennedy and the Conspirators.