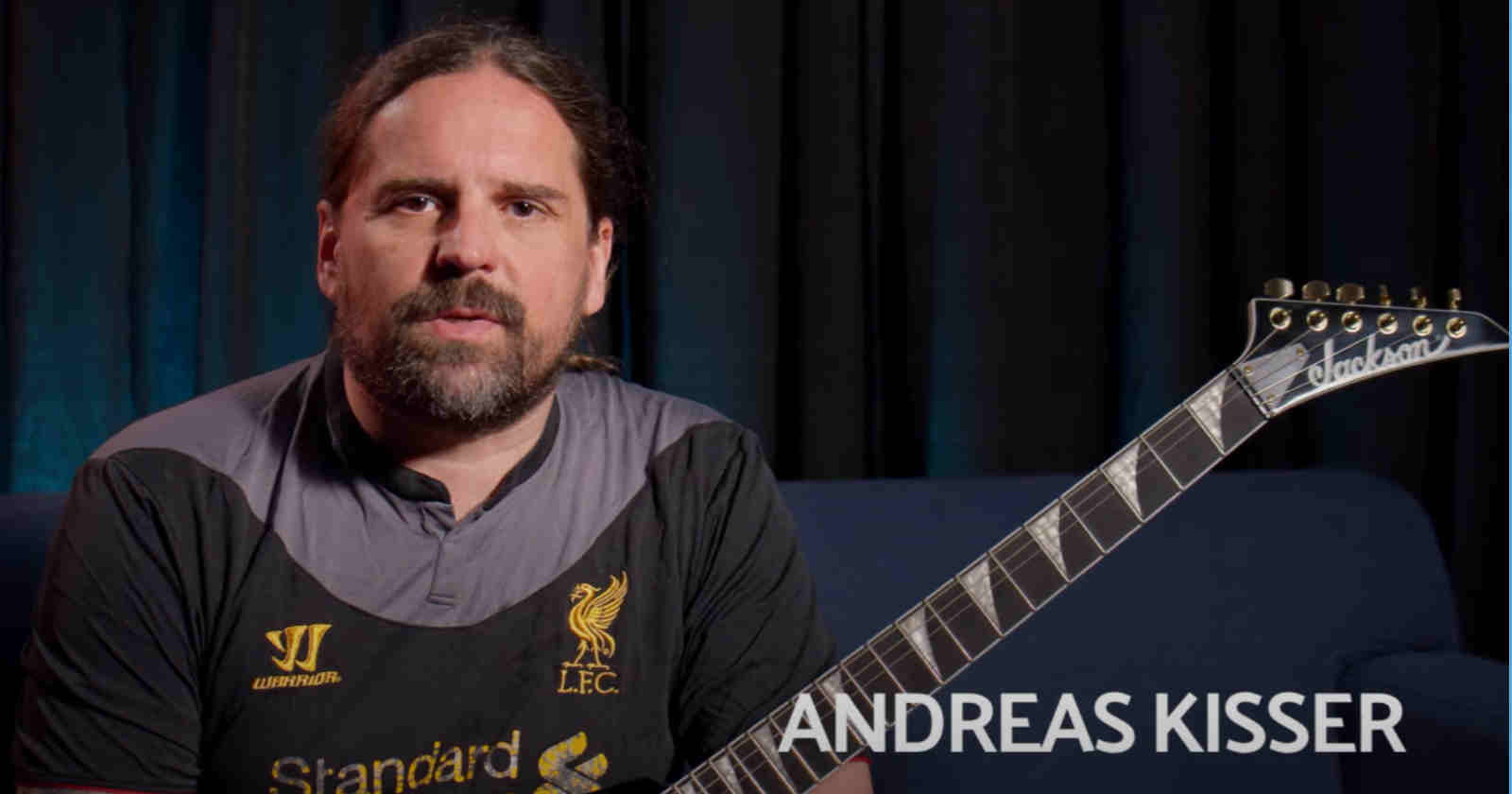 Sepultura guitarist Andreas Kisser recalled in an interview with Jackson Guitars USA the first song he learned to play on the guitar. The Brazilian musician said that in the beginning he was really training his ear.

“Listening to albums is where I really trained my ear. I studied acoustic guitar and Brazilian music, the theory and other stuff, but with heavy music and rock and roll, listening to the albums — vinyl and cassette tapes, and really trying to learn the songs.”

“The first song that I really managed to listen to an album and transpose to a guitar was ‘Grinder’ from JUDAS PRIEST,” Andreas revealed. “That album, ‘British Steel’, it’s a very simple album, let’s say, guitar-wise. It’s a great school. So it’s a great first step into the world of metal: ‘Breaking The Law’, ‘Living After Midnight’, ‘Metal Gods’ and, of course, ‘Grinder’. It’s very simple stuff, very simple riffing, and very effective. So I started there.”

Andreas Rudolf Kisser is a Brazilian musician, songwriter and producer. He is most known for being the lead guitarist for the metal band Sepultura. He has been featured on every Sepultura release since their second album, Schizophrenia. Additionally, Kisser has also been involved in other bands such as the rock supergroup Hail!, Sexoturica and, more recently, De La Tierra.

Kisser was born in São Bernardo do Campo, a municipality in São Paulo to a Slovene mother, from Maribor, Slovenia, and a German father. His father was a mechanical engineer and his mother was a teacher and amateur artist. At an early age, Kisser showed an interest in music.