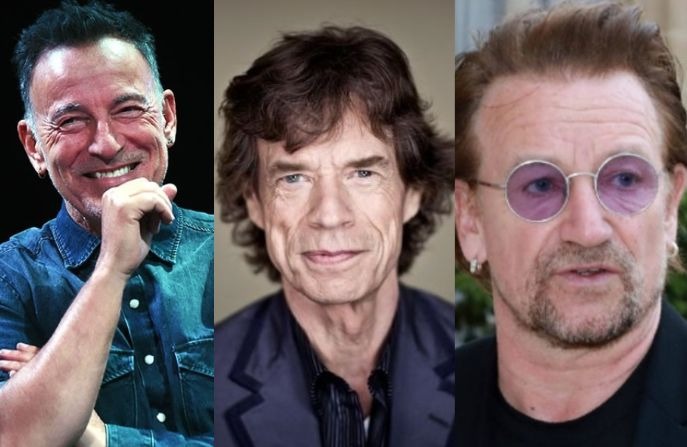 We’ve all been to great rock shows in 2018 and some of our favorite bands are among the most profitable tours of the year.

See who they are:

The legendary Iron Maiden with not many concerts on the Legacy of the Beast World Tour grossed about $37.5 million. The tour continues in the second half of 2019. We can’t wait for it!

On his farewell tour the master Elton John made a little bit more than Maiden with gross ticket sales also around $37.5 million. The average ticket price for his shows was $134.81.

The former Beatle with 75 years old continues to play on stadiums with thousands of people and he just release his new studio album Egypt Stadium. The tour continues in 2019.

Maybe the less known band from the list, the americans from Phish are making a lot of money touring in North America. The band was founded at the University of Vermont in Burlington, Vermont in 1983. The band is known for musical improvisation, extended jams, blending of genres, and a dedicated fan base.

Not only the bands biopic was successful but also the tour made by the group with Adam Lambert. They’ve played on Europe, North America, Australia and New Zealand. The tour continues on 2019.

The Killers made another successful tour with “Wonderful Wonderful World Tour,” this time in support of their fifth studio album. They made 53 concerts.

It was more than 30 concerts in 29 cities in the USA. The tour that joins John Mayer and The Grateful Dead grossed over $46 million with the average ticket price of $76.82.

We didn’t expect that. But with 94 shows a year the band grossed more than 53 million. The band founded in 1996 by producer, composer, and lyricist Paul O’Neill, who brought together Jon Oliva and Al Pitrelli (both members of Savatage) and keyboardist and co-producer Robert Kinkel to form the core of the creative team.

James Hetfield, Lars Ulrich, Kirk Hammett and Robert Trujillo had a great success the WorldWired tour and it continues on 2019.

The Former Genesis drummer and singer made his comeback tour “Not Dead Yet Tou.”, grossing $75.5 million with 34 shows.

With the “Not In This Lifetime Tour” Guns N’ Roses finally cameback with the almost original lineup with Axl Rose, Duff McKagan and Slash and made a very successful tour with more than $82.4 million only in 2018.

Technically not a tour like all these others on the list since all of the Bruce Springsteen’s live dates here include only his residency at Walter Kerr Theatre in New York City, dubbed “Springsteen on Broadway.” But $88.3 million is still impressive and it’s been included in the report.

Journey joined forces with Def Leppard in this co-headlining run included 60 shows in total that grossed $97.8 million with an average ticket price of $97.79.

Believe it or not they are still touring, the Rolling Stones still plays in big stadiums around the world. they grossed $116.6 million in just 14 shows with the total ticket sale of 750,914.

The former Pink Floyd bassist, Roger Waters is on tour promoting his latest release “Is This the Life We Really Want?”. The tour continues in 2019

Even with Glenn Frey’s death the group continues with his son in his place. With 53 shows in 45 cities, accumulating $166 million. The average ticket price was rather high, $172.13, but this all earned them spot No. 6 in the general standing.