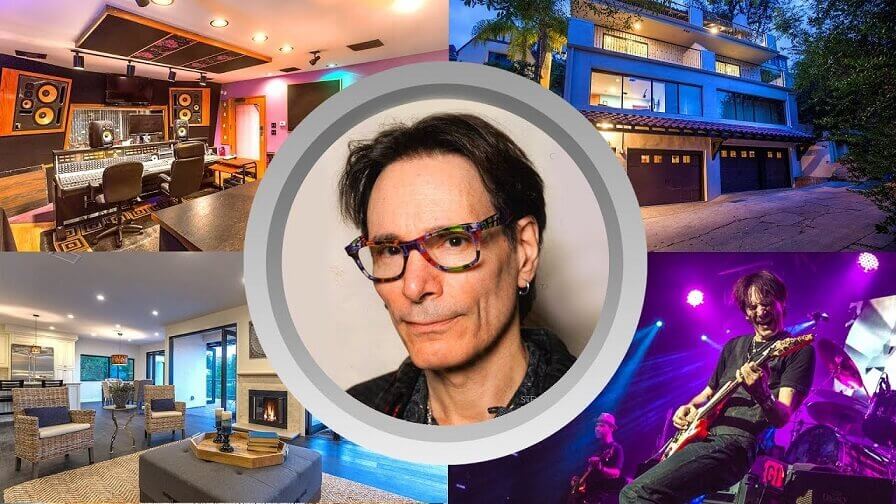 In a video made by the channel Celebrity Trends Steve Vai’s life is shown in details. You will find out more about his net worth, lifestyle, family, biography, house and cars.

Steven Siro Vai (born June 6, 1960) is an American guitarist, composer, singer, songwriter, and producer. He was voted the “10th Greatest Guitarist” by Guitar World magazine, and has sold over 15 million records. A three-time Grammy Award winner and fifteen-time nominee, Vai started his music career in 1978 at the age of 18 as a transcriptionist for Frank Zappa, and joined his band from 1980 to 1983.

He embarked on a solo career in 1983 and has released eight solo albums to date. He has recorded and toured with Alcatrazz, David Lee Roth, Whitesnake, as well as having recorded with artists such as Mary J. Blige, Spinal Tap, and Ozzy Osbourne. Additionally, Vai has toured with live-only acts G3, Zappa Plays Zappa, the Experience Hendrix tour, as well as headlining international tours.

Vai has been described as a “highly individualistic player” and part of a generation of “heavy rock and metal virtuosi who came to the fore in the 1980s”. He released his first solo album Flex-Able in 1984, while his most successful release, Passion and Warfare (1990), was described as “the richest and best hard rock guitar-virtuoso album of the ’80s”.

Steve Vai, a descendant of Italian immigrants, was born in Carle Place, New York on June 6, 1960. He is the fourth son of John and Theresa Vai.

Billy Gibbons’ opening band says they were fired after making a pro-trump post
The enigmatic life of John Deacon, Queen’s bassist that is out of the spotlight for the last 20 years
Advertisement
To Top