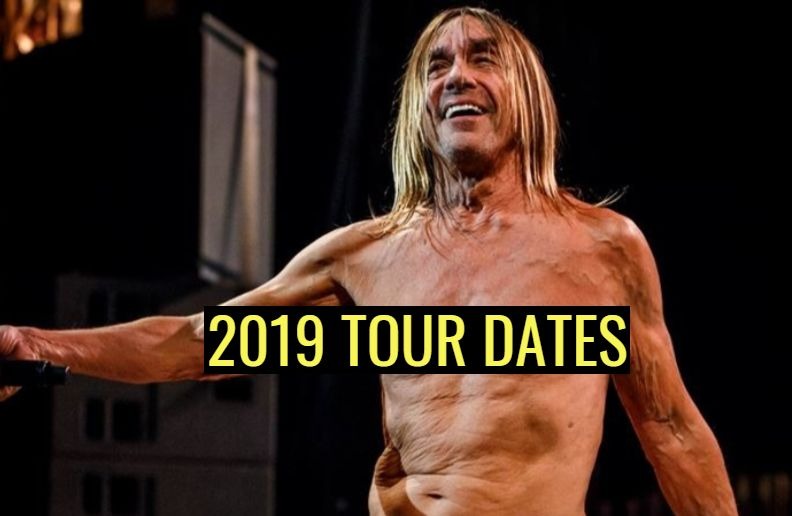 The godfather of punk Iggy Pop is back on tour in 2019, but with no many dates scheduled. The 71 year-old singer has concerts only on Australia until now.

James Newell Osterberg Jr. (born April 21, 1947), known professionally by his stage name Iggy Pop and designated the “Godfather of Punk”, is an American singer, songwriter, musician, producer and actor. He was the vocalist of influential proto-punk band the Stooges, who reunited in 2003, and is well known for his outrageous and unpredictable stage antics.

Iggy Pop’s music has encompassed a number of styles over the course of his career, including garage rock, punk rock, hard rock, art rock, new wave, jazz, blues, and electronic. Though his popularity has fluctuated through the years, many of Iggy Pop’s songs have become well-known, including “Search and Destroy” and “I Wanna Be Your Dog” by the Stooges, and his solo hits “Lust for Life”, “The Passenger”, and “Real Wild Child (Wild One)”.

In 2010, the Stooges were inducted into the Rock and Roll Hall of Fame.