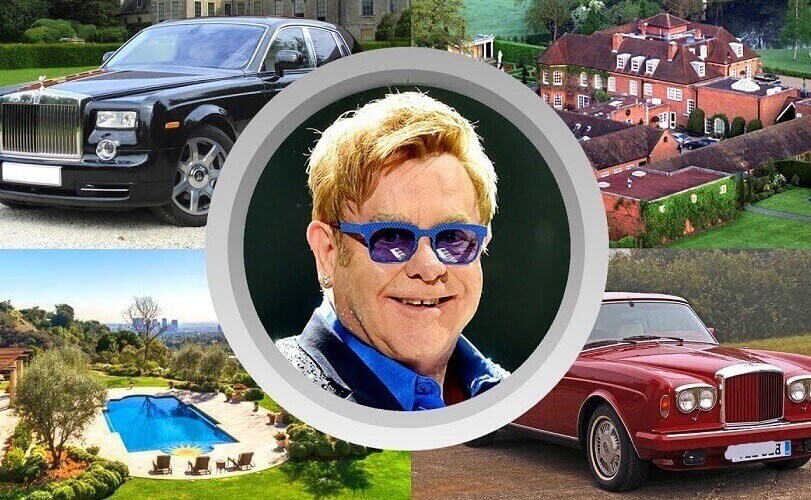 In a video made by the channel Stars TV Elton John life is shown in details. You will find out more about his net worth, lifestyle, family, biography, house and cars.

Sir Elton Hercules John CBE (born Reginald Kenneth Dwight, 25 March 1947) is an English singer, pianist, and composer. He has worked with lyricist Bernie Taupin as his songwriting partner since 1967; they have collaborated on more than 30 albums to date.

His tribute single “Candle in the Wind 1997”, rewritten in dedication to Diana, Princess of Wales, sold over 33 million copies worldwide and is the best-selling single in the history of the UK and US singles charts. He has also composed music, produced records, and has occasionally acted in films. John owned Watford Football Club from 1976 to 1987, and 1997 to 2002. He is an honorary Life President of the club, and in 2014 had a stand named after him at the club’s home stadium.