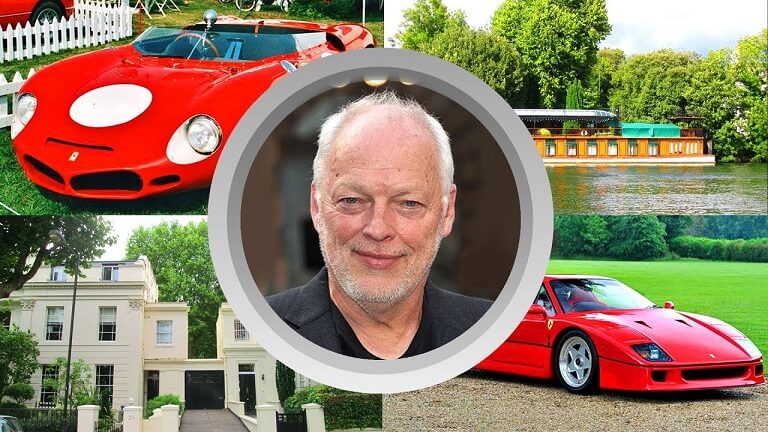 In a video made by the channel Lifestyle David Gilmour life is shown in details. You will find out more about his net worth, lifestyle, family, biography, house and cars.

David Jon Gilmour (born 6 March 1946) is an English guitarist, singer and songwriter who was a member of the progressive rock band Pink Floyd. He joined the group as guitarist and co-lead vocalist in 1968 shortly before the departure of founding member Syd Barrett.

Pink Floyd subsequently achieved international success with the concept albums The Dark Side of the Moon, Wish You Were Here, Animals, and The Wall. By the early 1980s, they had become one of the bestselling and most acclaimed acts in music history; by 2012, the band had sold over 250 million records worldwide, including 75 million units sold in the United States.

Following the departure of Roger Waters in 1985, Gilmour assumed leadership of Pink Floyd; they released three more studio albums before disbanding in 2014.

Gilmour has produced a variety of artists, such as the Dream Academy, and has released four solo studio albums: David Gilmour, About Face, On an Island, and Rattle That Lock. He is also credited for bringing songwriter Kate Bush to public attention. As a member of Pink Floyd, he was inducted into the US Rock and Roll Hall of Fame in 1996, and the UK Music Hall of Fame in 2005.