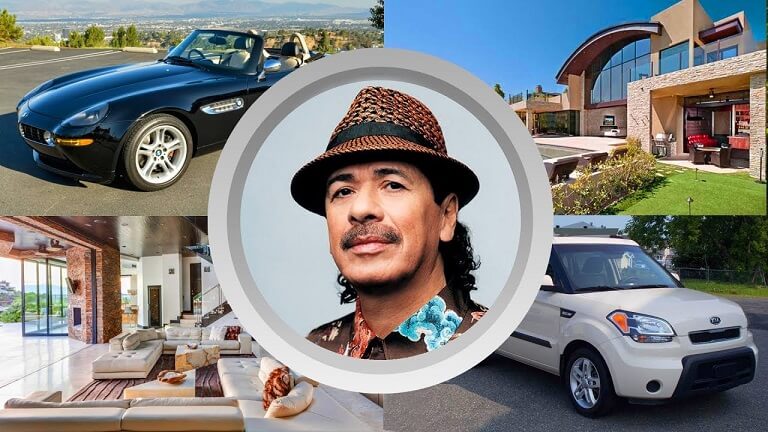 In a video made by the channel Lifestyle Express Carlos Santana’s life is shown in details. You will find out more about his net worth, lifestyle, family, biography, house and cars.

Carlos Santana (born July 20, 1947) is a Mexican and American musician who first became famous in the late 1960s and early 1970s with his band, Santana, which pioneered a fusion of rock and Latin American jazz. The band’s sound featured his melodic, blues-based guitar lines set against Latin and African rhythms featuring percussion instruments such as timbales and congas not generally heard in rock music.

Santana continued to work in these forms over the following decades. He experienced a resurgence of popularity and critical acclaim in the late 1990s. In 2015, Rolling Stone magazine listed Santana at number 20 on their list of the 100 Greatest Guitarists. He has won 10 Grammy Awards and three Latin Grammy Awards.

Santana was born in Autlán de Navarro, Jalisco, Mexico. He learned to play the violin at age five and the guitar at age eight under the tutelage of his father, a mariachi musician. His younger brother, Jorge Santana, would also become a professional guitarist. Young Carlos was heavily influenced by Ritchie Valens at a time when there were very few Mexicans in American rock and pop music.

The family moved from Autlán de Navarro to Tijuana, the city on Mexico’s border with California, and then San Francisco. Carlos stayed in Tijuana but later joined his family in San Francisco. During his early years from the age of 10–12 he was sexually molested by an American man who brought him across the border.