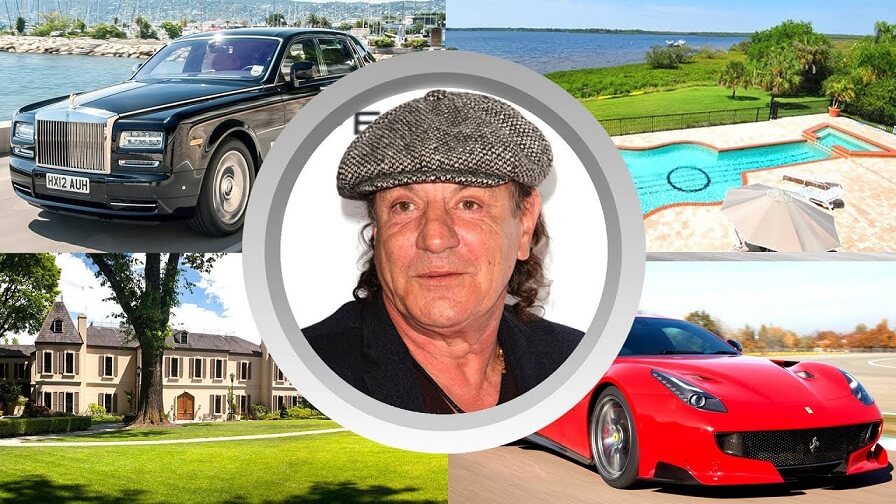 In a video made by the channel Lifestyle Brian Johnson’s life is shown in details. You will find out more about his net worth, lifestyle, family, biography, house and cars.

In 1980, he became the third lead singer of the Australian rock band AC/DC, after the death of their second lead singer Bon Scott. He and the rest of the band were inducted into the Rock and Roll Hall of Fame in 2003.

In March 2016, Johnson stepped down from touring on the Rock or Bust World Tour due to hearing problems. On 20 May 2016, Johnson stated in an interview “I’ve had a pretty good run” in AC/DC and implied that he might not be returning by saying “I’m just thankful, really, that I came out of it in one piece.”

Johnson was one of the founding members of the rock band Geordie formed in Newcastle in 1971. After a few hit singles, including UK Top 10 “All Because of You” (1973), the band split up in 1978. Following the death of AC/DC lead singer Bon Scott on 19 February 1980, Johnson was asked to audition for the band in London.