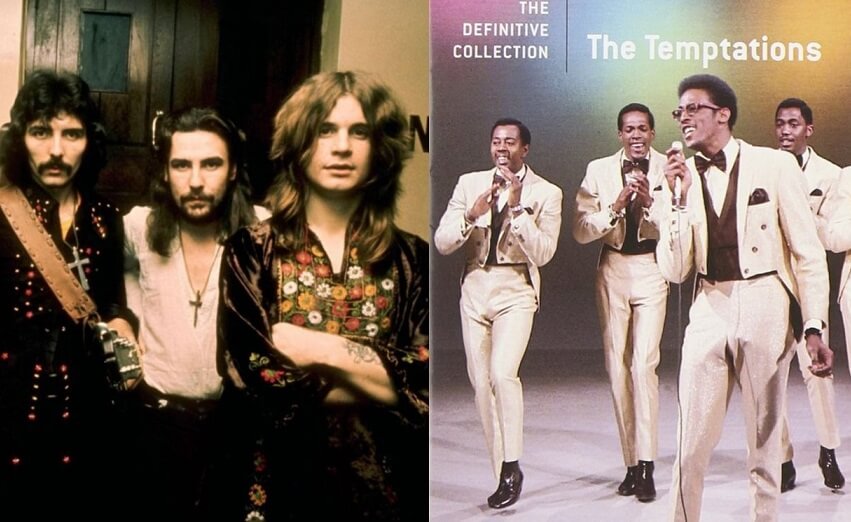 The music fan Bill McClintock made an amazing and unusual mashup that puts together the godfathers of heavy metal and one of the greatest R&B groups, Black Sabbath and The Temptations.

He took Sabbath’s “Children Of The Grave”, from 1971’s Master of Reality and Temptations’ 1966 hit single “Get Ready”.

They are an American vocal group who released a series of successful singles and albums with Motown Records during the 1960s and 1970s. Their work with producer Norman Whitfield, beginning with the Top 10 hit single “Cloud Nine” in October 1968, pioneered psychedelic soul, and was significant in the evolution of R&B and soul music. The band members are known for their choreography, distinct harmonies, and dress style. Having sold tens of millions of albums, the Temptations are among the most successful groups in popular music.

Black Sabbath were formed in Birmingham in 1968, by guitarist and main songwriter Tony Iommi, bassist and main lyricist Geezer Butler, drummer Bill Ward and singer Ozzy Osbourne. Black Sabbath are often cited as pioneers of heavy metal music. The band helped define the genre with releases such as Black Sabbath (1970), Paranoid (1970) and Master of Reality (1971). The band had multiple line-up changes, with Iommi being the only constant member throughout its history.