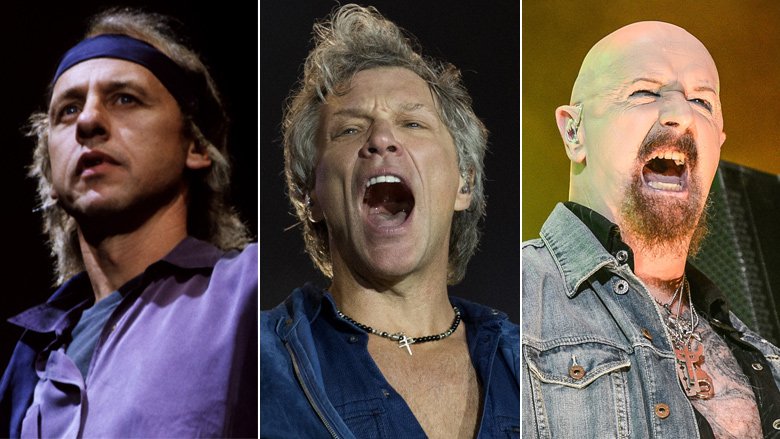 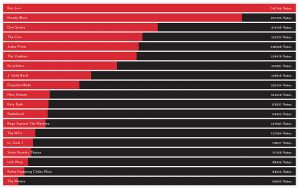 According to the Rock And Roll Hall Of Fame rules, the five top vote-getters in the fan vote are put on a single ballot, which counts no more than a ballot submitted by one of the Hall’s 900 or so regular voters, consisting of artists, music historians and music industry insiders.

Artists are eligible for the Rock And Roll Hall Of Fame 25 years after the release of their first album or single. Criteria used counts “the influence and significance of the artist’s contributions to the development and perpetuation of rock and roll.”

The inductees for the Class Of 2018 will be announced on Wednesday, December 13 via the Rock Hall’s Facebook page. And the ceremony will be held April 14 in Cleveland, Ohio, and will air on HBO.

The Rock and Roll Hall of Fame, located on the shore of Lake Erie in downtown Cleveland, Ohio, recognizes and archives the history of the best-known and most influential artists, producers, engineers, and other notable figures who have had some major influence on the development of rock and roll.

The Foundation was established on April 20, 1983, by Atlantic Records founder and chairman Ahmet Ertegun. In 1986, Cleveland was chosen as the Hall of Fame’s permanent home. Since opening in September 1995, the “Rock Hall” – part of the city’s redeveloped North Coast Harbor – has hosted more than 10 million visitors and had a cumulative economic impact estimated at more than $1.8 billion.