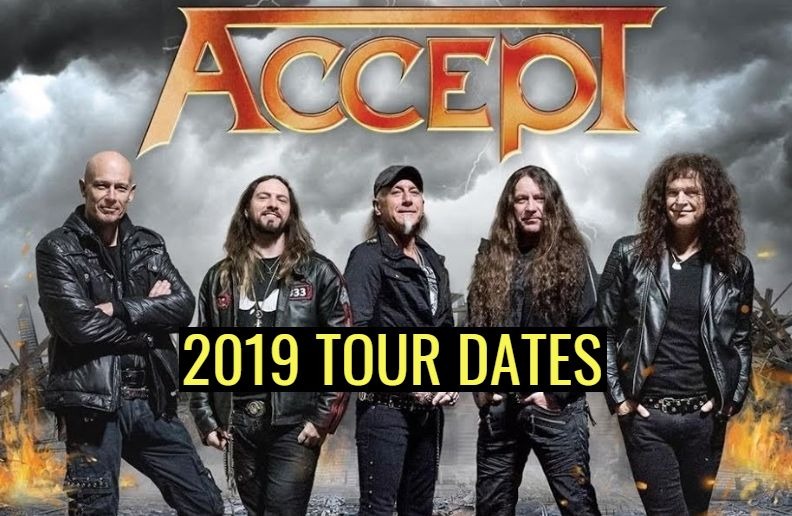 The german hard rock gods of Accept are back ou tour in 2019. The band starts the tour on the 70000 Tons of Metal Cruise and the last date is on Germany in August.

Accept are a German heavy metal band from the town of Solingen, originally assembled by guitarist Wolf Hoffmann and former members Udo Dirkschneider (vocals) and Peter Baltes (bass). Their beginnings can be traced back to the late 1960s. The band played an important role in the development of speed and thrash metal, being part of the German heavy metal scene, which emerged in the early to mid-1980s.