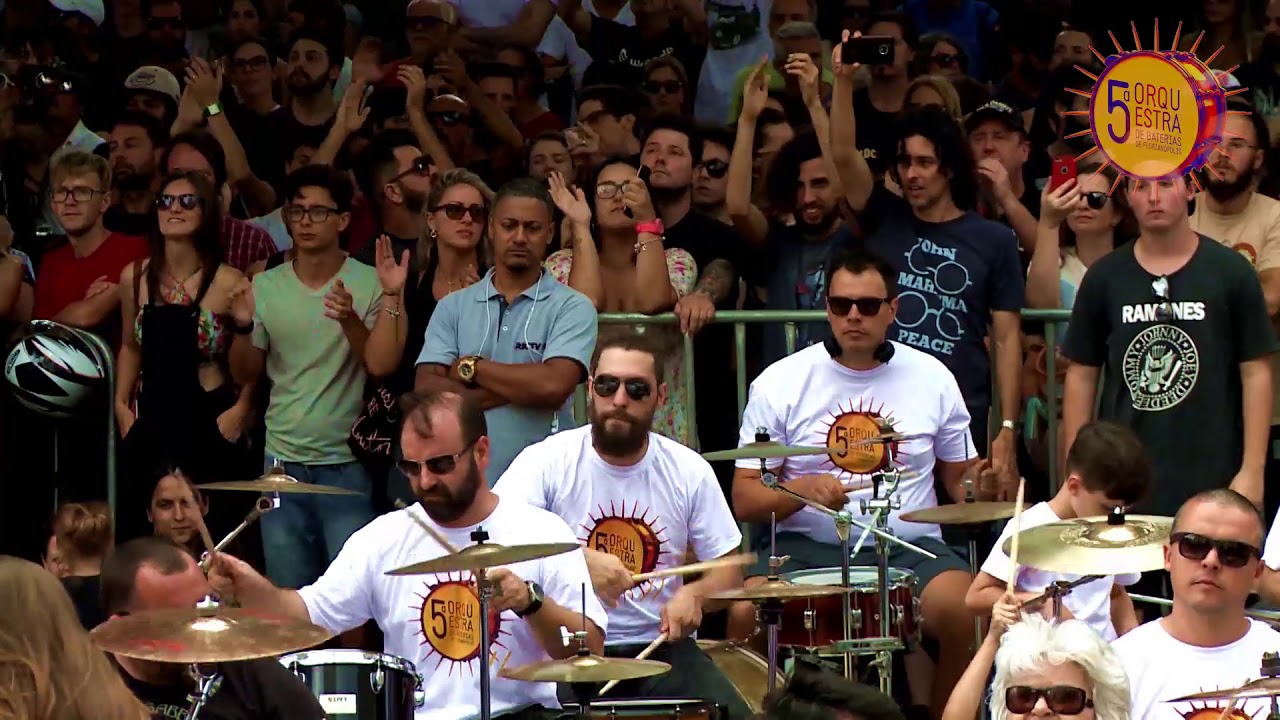 Last november, 350 brazilian drummers were on drummer orchestra meeting in Florianópolis, Brazil and they made an impressive performance playing together Black Sabbath’s “Heaven and Hell”.

“Heaven and Hell” is the title track from Sabbath’s ninth studio album. The song was written by Tony Iommi, but like almost all albums, the credit was given to all members of the band. The lyrics were written entirely by the new singer at the time, Ronnie James Dio. The song has been performed by several bands of which Iommi and Dio were members including Black Sabbath, Dio, and Heaven & Hell.

In an interview for VH1’s “Heavy: The Story of Metal”, Dio stated that the song is about the ability of each human being to choose between doing good and doing evil, essentially that each person has “heaven and hell” inside themselves. When the song has been performed live by Black Sabbath, Dio or Heaven & Hell, it’s usually stretched out with an extended guitar solo, audience participation, ad-libbed lyrics, or additional lyrics regarding angelic and demonic apparitions and personal judgment.