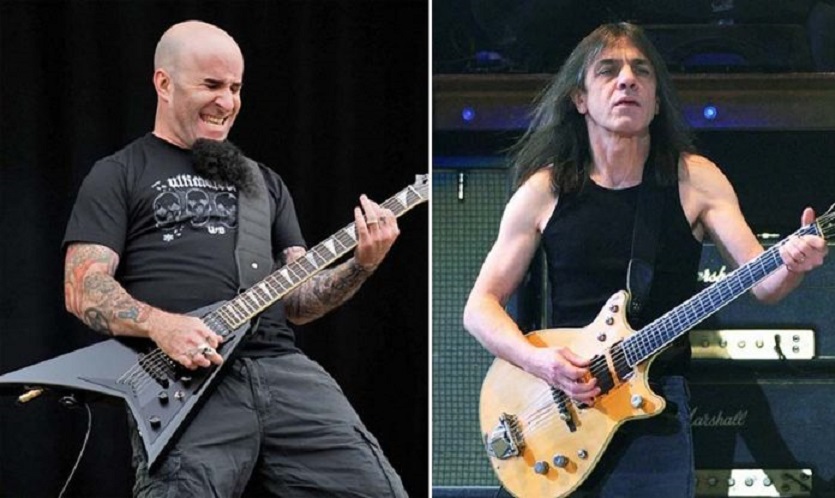 A big fan of AC/DC, Anthrax’s guitarist Scott Ian, talks about Malcolm Young in a special video for guitar maker Gretsch. He said that playing AC/DC is easy, but no one can do it right.

“Specifically, these guys, as a guitar player, mean everything to me,” explains Ian in this video interview. “That’s why I really wanted them on me because it makes me happy to be able to look at them every day.

“Malcolm has always been my hero since day one because he basically taught me how to play guitar. As a kid with AC/DC albums, vinyl albums, in my little bed room on a turn table, I just used to sit and figure out how to play their songs. And it was all Malcolm. You know? It was all him. So, I was learning to play specifically by listening to what he was doing. He was my guitar teacher. He was the reason I learned how to play rhythm guitar the way I do.”

The number of artists who consider Malcolm Young an inspiration runs pretty deep, but we’re guessing not too many have gone so far to actually have his face inked into their own skin.  Anthrax axeman Scott Ian, though, has immortalized the late-great rhythm guitarist on his left bicep, along with his brother Angus Young on his right.

Axl Rose reveals the kind of album he would like to do with Guns
Brexit: Bruce Dickinson supports, Ozzy doesn’t even know what is this
Advertisement
To Top