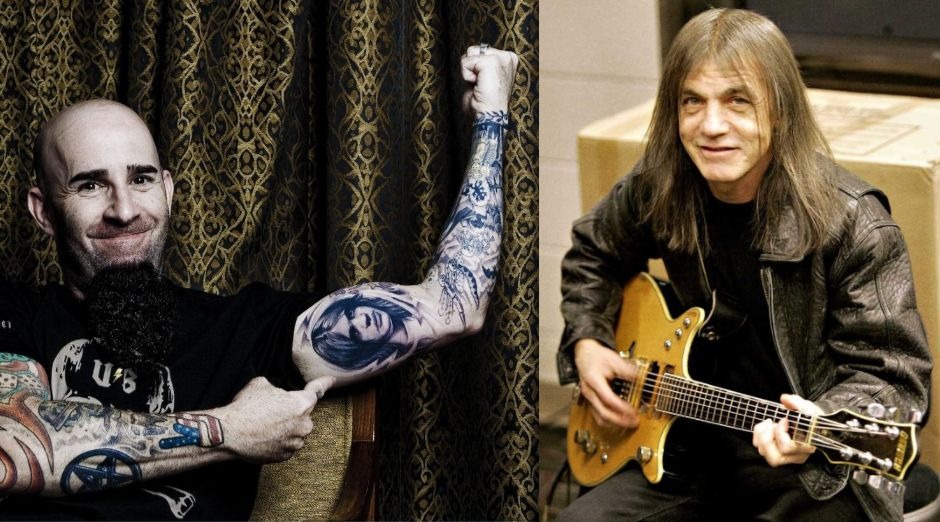 In an interview on SiriusXM, Anthrax guitarist Scott Ian praised the late legendary AC/DC musician Malcolm Young saying he is the best rhythm guitarist of all time and he explained why.

“Like, literally, his riffs and approach to playing, his dynamics, his right hand… He was so percussive as a rhythm player with his dynamic, just unbelievable.

“It just cuts through in a way that nobody else before, during, or after playing in hard rock will ever come close to. Because no one is ever gonna write those chops again; they’ve already been written, you can’t write those chops again. It’s impossible because then you’ll just sound like a bad AC/DC ripoff.”

In 2018 he revealed in interview for Nikki Sixx that Malcolm was the reason for him to become a guitarist:

“The earliest and that I played in like a second or third-grade talent show was a song ‘Wipe Out’ by The Surfaris.

“And that thing has a lot to do with why I stuck to rhythm and becoming a rhythm player. Some of it comes from laziness because I just wanted to learn the songs.

“In a time it would take me to do that I could learn a whole another album of songs. And I felt that’s what the song is – it’s the chords! I don’t care about all that other noodly stuff! [Laughs]

“Rudy Schenker from the Scorpions was a big influence on me as well. Again, the guy who’s strictly the rhythm guy, and he just had such driving energy. Just the power of his chords. And of course, you see them live and he’s like the lunatic on stage.

“And even for a guy like me in the ’70s, Ted Nugent – people think of him as a lead player, but for me, it was always about his groove. When you’re 13 and you hear that riff, your boner is like, ‘Oh my god! What is that?! I need more of that!'”