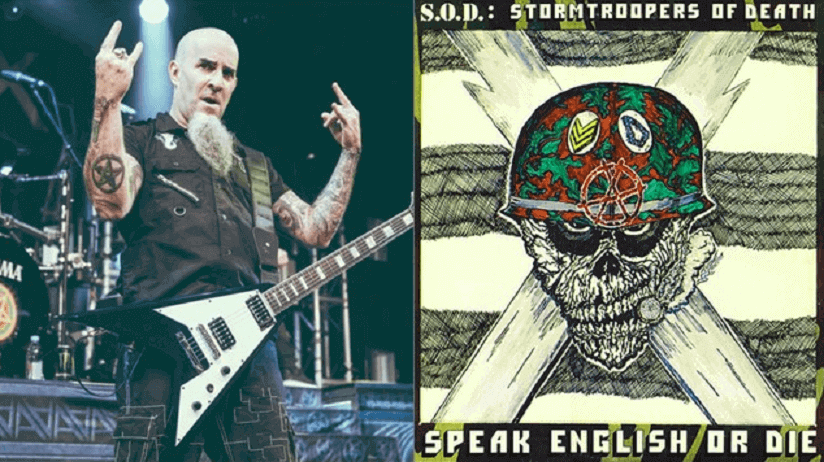 “I love the success of that record. I love that people love the album. I love that most people took it the right way and understood that I’m not a Nazi, which I think is pretty easy to understand.

“But we did have our share of stupidity where, I guess, some people thought we were that. And we would actually get Christmas cards from white-power organizations, ‘wishing you a white Christmas,’ with a dude ‘Sieg Heil’-ing on a Christmas card.

“We were pretty clear [where we stood] when we would play shows. And certainly, in ’99 and 2000, when we finally did go out and tour the world on [S.O.D.’s second album, 1999’s] ‘Bigger Than the Devil’ record, you’d have idiots, you’d have white-power dudes ‘Sieg Heil’-ing at us, and Billy would give them one warning.

“He would tell them once: ‘Put that hand down or I’m gonna break it.’ And there were nights when shit happened – that’s all I’m gonna say. But if Billy warns you once to put your hand down, you fucking Nazi scumbag…

“My father fought in World War II – literally… You should probably put your hand down. And I saw some people on the wrong end of a very big, meaty fist.”

“You’ve gotta understand, this was a character – I was writing for a character. This isn’t how I feel, as Scott Ian. I created a guy named Sargent D, who I was writing a comic book about and I wrote songs based on it.

“And if you don’t get it, go fuck yourself. I will never apologize, because that’s where it comes from.”

“It is lightning in a bottle; we could never do it again. We didn’t even try on ‘Bigger Than the Devil’, ’cause you can’t repeat it. We’re not gonna try and do the same thing and make a record in three days. It’s impossible.

“I say ‘not to downplay it,’ because we really were trying to be as dumb… we were really being the biggest fucking hammerheads, the dumbest, just caveman parts, but yet brutal. 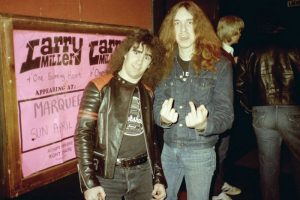 The guitarist also pointed out he’s interested in reuniting the act, saying:

“I would absolutely do S.O.D. again, if the situation was right and it felt like it was in the spirit of what the band is about.