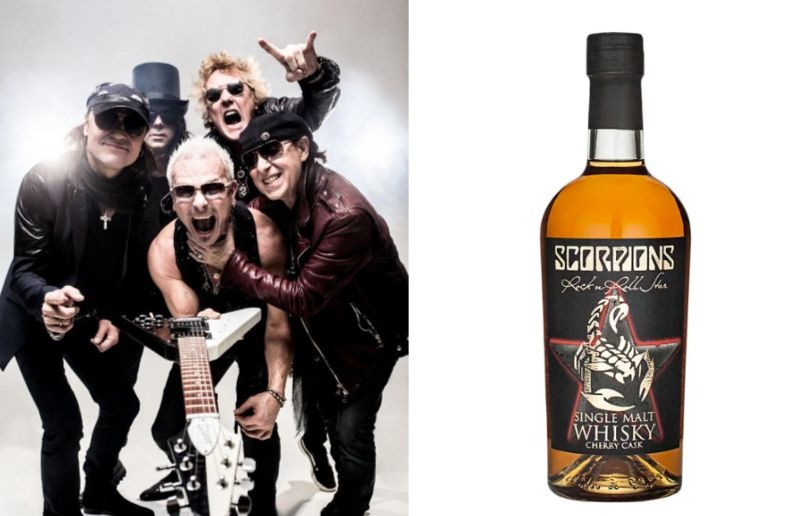 Scorpions has joined the long list of artists who invest in alcohol brands. The band joined the Mackmyra distillery to create the Rock ‘N’ Roll Star whiskey.

According to the company’s website, the whiskey was aged with a cherry freshness in Germany. “We finally got our own whiskey,” the band said in a statement to the press, “We hope you like it.”

The company Mackmyra has worked alongside Motorhead in 2015 to release the band’s whiskey. Rock ‘N’ Roll Star is already on sale at the official site of the distillery.

“The band themselves are thrilled to see the whisky finally be released, and commented:”

“Finally, we have our own Scorpions Whisky ready to be released …. we love it!

“This particular whisky gets to its perfect maturity in extraordinary German sweet cherry wine casks. We hope you all enjoy it …. let‘s Rock the Night and Taste the Sting!!!””

Scorpions are a German rock band formed in 1965 in Hanover by Rudolf Schenker. Since the band’s inception, its musical style has ranged from hard rock to heavy metal. The lineup from 1978–1992 was the most successful incarnation of the group, and included Klaus Meine (vocals), Rudolf Schenker (rhythm guitar), Matthias Jabs (lead guitar), Francis Buchholz (bass guitar), and Herman Rarebell (drums).