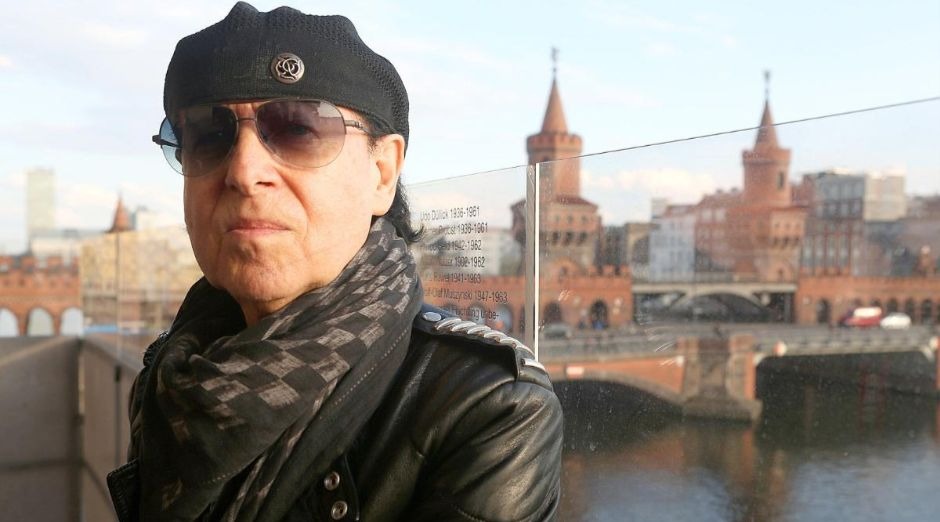 Scorpions vocalist Klaus Meine revealed the 10 songs that changed his life in an interview with Louder Sound and explained why. Almost all the songs are from the 50s and 60s, released before the beggining of the German band. “I was eight or nine years old, and at family parties I would be asked to get up on a chair and sing Ave Maria. And I would get five Deutsche marks for doing it, which was very exciting for me. I had a very sweet tenor voice back then, and it was suited more to that sort of song than to rock ‘n’ roll,” he said.

“You never heard that sort of thing on the radio in Germany. But I had a cousin, Vera, who was a few years older than me, and whenever I went over to her place, she would play me Elvis Presley and Little Richard records, and that’s when I decided that I wanted to sing rock’n’roll. So, I would do my best to trash my voice, to make it sound harsher and more in the style of all those great singers.”

“I have always been drawn to musicians who emphasise tunefulness. That goes back to The Everley Brothers for me. And they were a big inspiration on The Beatles, who I love. A song like All I Have To Do Is Dream is timeless and still sounds so amazing.”

“It’s very sad to think that we have lost Lemmy, David Bowie and Jimmy Bain recently. And god bless the Rolling Stones for carrying on and still rocking like nobody else. And how much longer will we be able to enjoy AC/DC? Bands like this are irreplaceable.

“It makes me feel that every tour the Scorpions do is even more precious. We are so lucky to be capable of playing with such energy and passion. If you don’t have that, then it is time to give up. But as long as we can get onstage and entertain then we will certainly continue.”

“You never heard Elvis on the radio in Germany when I was growing up, but we still got to discover him. And like so many others, he bewitched me. This is my favourite Elvis record. And when he made his comeback in Las Vegas after being in the army that TV special was remarkable. He looked so cool in his black patent leather cat suit. What charisma.”

“In the 90s, we played (Marie’s The Name) His Latest Flame at an Elvis anniversary concert in Memphis, and got to spend time privately at Graceland. We met Sam Phillips from Sun Records there, and he told some great stories about The King,” Klaus Meine said.

“I love The Beatles, and this track made a big impression on me. The energy they had was incredible, and there was such an edge to this version. Much more than the Isley Brothers’ one. John Lennon’s voice was really rough, and I was determined to emulate this with the Mushrooms, my own band at the time. I used to go hoarse trying to do what Lennon did here!”

The Who “I Can’t Explain”

“I discovered The Who very early on, and the Mushrooms used to cover some of their songs live. And this is my favourite. The combination of Roger Daltrey’s vocals and Pete Townshend’s guitar is brilliant. The Scorpions covered this in 1989 for our Rockers ‘N’ Ballads compilation, and when we appeared at The Prince’s Trust concert several years ago, Roger was there because he was hosting the show. So we did I Can’t Explain at the soundcheck, and Roger told us he thought it was very cool. That meant a lot to us.”

Simon & Garfunkel “The Sound Of Silence”

“I have always loved a big ballad, and this is one of the best. This song has such a distinctive melody that stays with you. Simon & Garfunkel followed in the footsteps of the Everley Brothers and this is a great example. We played at a peace show in Korea with Art Garfunkel a few years ago. That was an amazing event. The idea, though, was to bring North and South Korea together in harmony – well, that failed!” Klaus Meine said.

“Rudy (Schenker) and I got to see The Kinks play live in Hannover when this first came out. It was at a club called Mulleimer, which means ‘garbage can’ in German. What an education to see how they interacted with the audience, and when Dave Davis went into the riff for this song on his Flying V everyone went crazy. A fantastic landmark in rock history.”

“Rudy was always the big Stones fan, while I preferred the Beatles. But that’s not to say that I didn’t like the Stones as well. They were, and still are, a great band. And what a classic song this is. It was also the first single the band released which was written by Mick Jagger and Keith Richards, so was a historic occasion.”

The Mamas & The Papas “California Dreamin”

“Living in Germany, the whole idea of what California represented was just too far away. But this song brought it a lot closer. It gave us a taste of what it must have been like to be in the Californian sunshine during the 60s, and that meant a lot to young Germans like me.”

“When I first heard the song the idea of ever going to California seemed ridiculous, let alone playing over there. But this inspired the hope, which we eventually made happen.”

“I can’t come up with a list like this without putting in Hendrix. The first time I heard the song was in a stack of 10 singles put on the spindle of a record player. When it dropped into place and the needle hit, it turned my world upside down. This was so different to anything else I had ever heard. You don’t need me to tell you Hendrix was a genius, but Hey Joe was the first time I’d come across it.”

“What a combination of talents. Eric Clapton, Jack Bruce, Ginger Baker. It was an incredible mix of musical abilities. You can hear it all on this song. Maybe this is not one of their biggest songs, but it was the one that really turned me on to the band. Jack’s death in 2014 was such a big loss,” Klaus Meine, said.

“What Zeppelin always had which the Scorpions could never match was a great blues touch,. You can heat that on Whole Lotta Love. All of us in this band love Zeppelin, and were hugely influenced by them. Jimmy Page came to see the Scorpions at one of our shows at Hammersmith Odeon, and that was such a big buzz for us. Zeppelin did so much to create hard rock as we know it, through songs like this.”

“When In Rock came out, I was so impressed by Ian Gillan’s vocals and his ability to scream. This a beautiful song, where Gillan starts very high and then goes even higher. I don’t know how he did it. Nobody else was doing this sort of thing at the time. A truly momentous performance.”