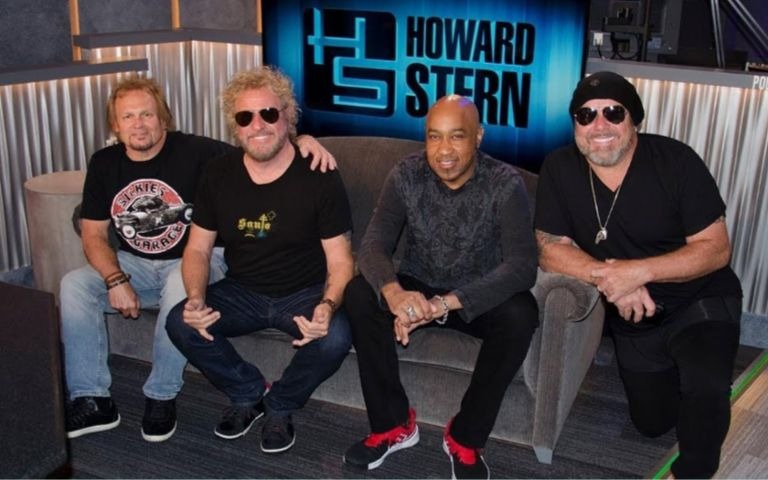 The supergroup Sammy Hagar & The Circle released a clip for the song “No Worries” from their debut album Space Between.

You can watch the video below:

About the album, Sammy said:

“It’s like a metaphor. In the album Space Between, I wrote a concept record about money, greed, enlightenment and truth. What happens is, in the songs, the guy lost everything.”

“He was on top of the world, kicking ass, but he was an asshole and greedy and it went to his head. Then he got bumped out of everything and it took that to have the enlightenment … the enlightenment moment is when you are sitting there with nothing and you realize it’s not so bad. ‘This is better than when I was rich and powerful and all the hassles I had and fucking people and getting fucked and all that stuff.’”

“When you got nothing you’re just sitting there going, ‘Wow, I don’t have any worries.’ I came from that place so I know that it does exist. It’s not where I am today, but it was important in my story. And the video cracks me up because we took a businessman and took his tie and put it around his head, he starts doing cartwheels down the street. I love it, I love enlightenment, that song to me is about that. You can really live that way if you can figure it out.”