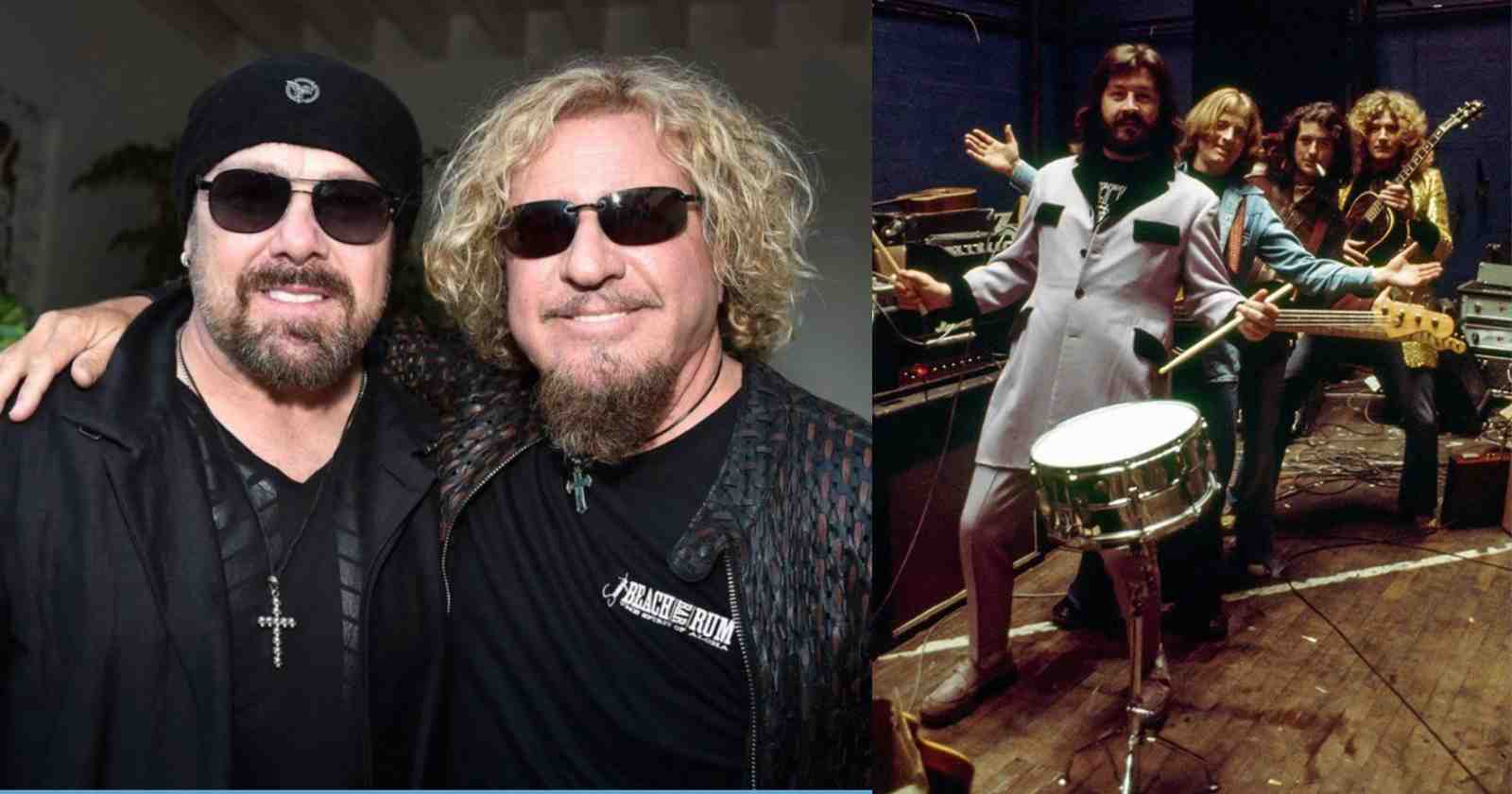 Sammy Hagar (Van Halen, Montrose, Chickenfoot) said in an interview with The Mike & Carla Morning Show (Transcribed by Ultimate Guitar) that his bandmante now in The Circle, drummer Jason Bonham is as good as his father, Led Zeppelin‘s John Bonham was.

“I’m one of the guys that have said that Jason is as good as his dad was. And it almost hurts my heart to say that but Jason deserves that credit because he’s phenomenal. He plays so much like his dad.

“When I just close my eyes and he kicks off ‘Rock and Roll,’ or when we play any of the Led Zeppelin stuff – when he plays ‘When the Levee Breaks,’ he has his dad’s drum track from the ‘Levee Breaks,’ and we play to it when we play it on stage.

“He hits the button and his dad goes boom-chick-a-pow. Look, I have goosebumps! And Jason is that good, and he has his sound, he has everything, he just inherited it! I mean, he worked on it, he’s been playing longer than his father, but he inherited that gene of knowing where that foot… Anybody says, ‘Where’s the one?’ When you’re playing with Jason, you know where the one is, and it just makes it all so much easier for a singer and a guitar player like me.”

The singer also talked about a possible Led Zeppelin reunion, saying that he doesn’t know why it didn’t happend again since 2007 and said that maybe it could be some “bad blood”. Hagar compared the situation with Van Halen, saying that when people are younger it is a lot easier for them to say ‘You know what? I don’t need you'” a stay for a long time without talking to each other.

During Sammy Hagar & The Circle shows in 2021 the band has been playing Led Zeppelin’s classics “Rock and Roll” and “When the Levee Breaks”.