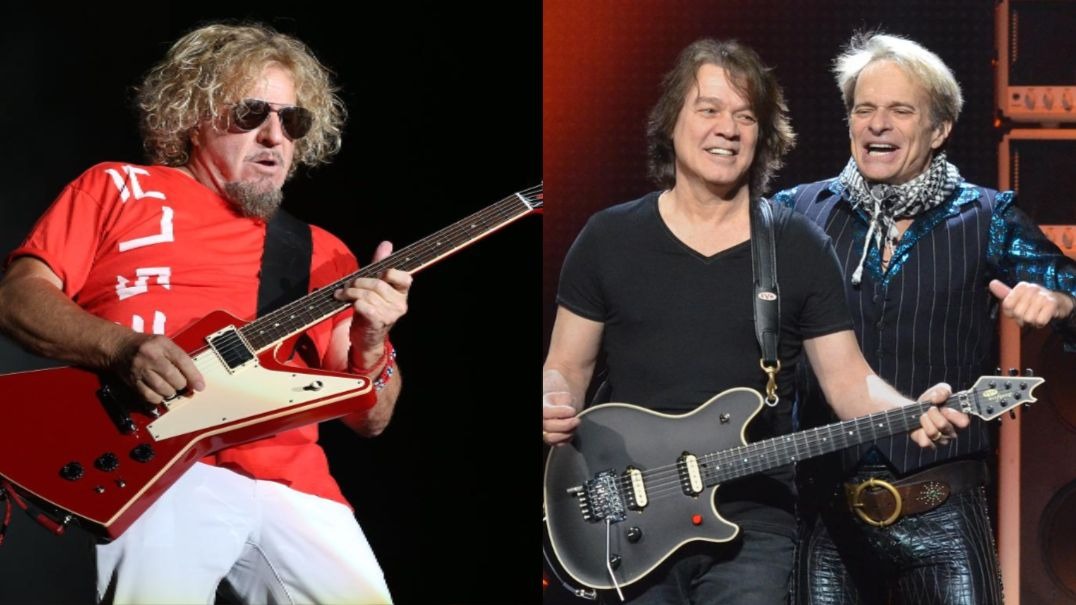 Sammy Hagar is currently on tour with his band The Circle, that consists on the bassist Michael Anthony (Ex-Van Halen), guitarist Vic Johnson and Jason Bonham. The singer revealed in interview on Howard Stern program on Sirius XM that he would love if the band could open a Van Halen concert. He also said that would like that they could hear the new The Circle album.

“I absolutely want that whole camp — I want Ed, Al and David together — to sit down and listen to this fucking record,” he said. “I tell you what, I would love this band to open for Van Halen. Eddie and those guys, they think they don’t need Mike, well … fuck it.”

“I love those guys,” he told Stern. “I don’t want to be back in the band, I swear to God. I love this band right here, it’s all good. But I would like to be friends.”

“I’m older than a lot of these guys. I just thought I don’t want to take any enemies to the grave. Why in the world would you want to take an enemy to the grave, if there is an afterlife? And then have to deal with it later? I tried to get a hold of Eddie, that was the first guy. I sent him a birthday message. I didn’t get a return. It’s okay as long as I feel good about it. I’m not mad at you, I’m not mad at anybody. I’m really not.”

Hagar also said he’s willing to apologize to the Van Halen brothers, even if he wasn’t exactly sure what he did wrong. “For making them feel insecure somehow, whatever I did,” he guessed. “I did something, I don’t know what I did. I invited Ed and Al over to my house recently, I think it was around Al’s birthday … and invited Ed and Al over with their wives, no agenda … just to be friends.”

He said he feels the same way about Roth too. “I gotta get something straight about Dave,” Hagar explained. “I actually like the guy, he doesn’t like me.” Hagar then recounted how he tried to arrange onstage duets between himself and his Van Halen predecessor during their 2002 co-headlining tour, but had no luck.