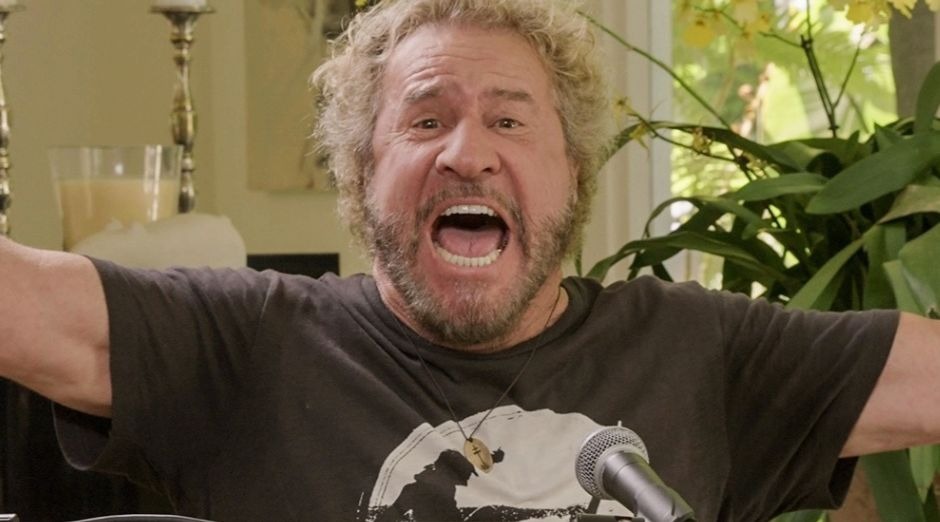 The Red Rocker Sammy Hagar talked to host Eddie Trunk at his radio show Trunk Nation and said people need to stop blaming him for the addition of keyboards in Van Halen songs.

“Finally I get my soapbox here! Everyone blamed me for the friggin’ keyboard playing on the Van Hagar era, starting with [1986’s] ‘5150.’

“He wrote these beautiful songs like ‘When It’s Love’ and stuff like that, and ‘Why Can’t This Be Love’ – it’s such a cool lick, it’s like…”

“Once Ed really got into the keyboard thing, he barely picked up his guitar for a long time, I remember. He was just playing keyboards all the time.”

“But I kind of always got blamed for the keyboard songs and it was not me whatsoever. I’m a damn guitar player. Every time I would pick up, like, for ‘Finish What Ya Started’ or something like that, when I would instigate a song, it was a guitar song – ’cause I don’t play keyboards.

“And the part that’s most impressive to me is what a good keyboard player Eddie Van Halen is. He’s got a left hand on the freakin’ keyboard that’s as good as freakin’ Bootsy Collins on the bass, man. He’s funky with that left hand. You know, listen to ‘When It’s Love’, man.”