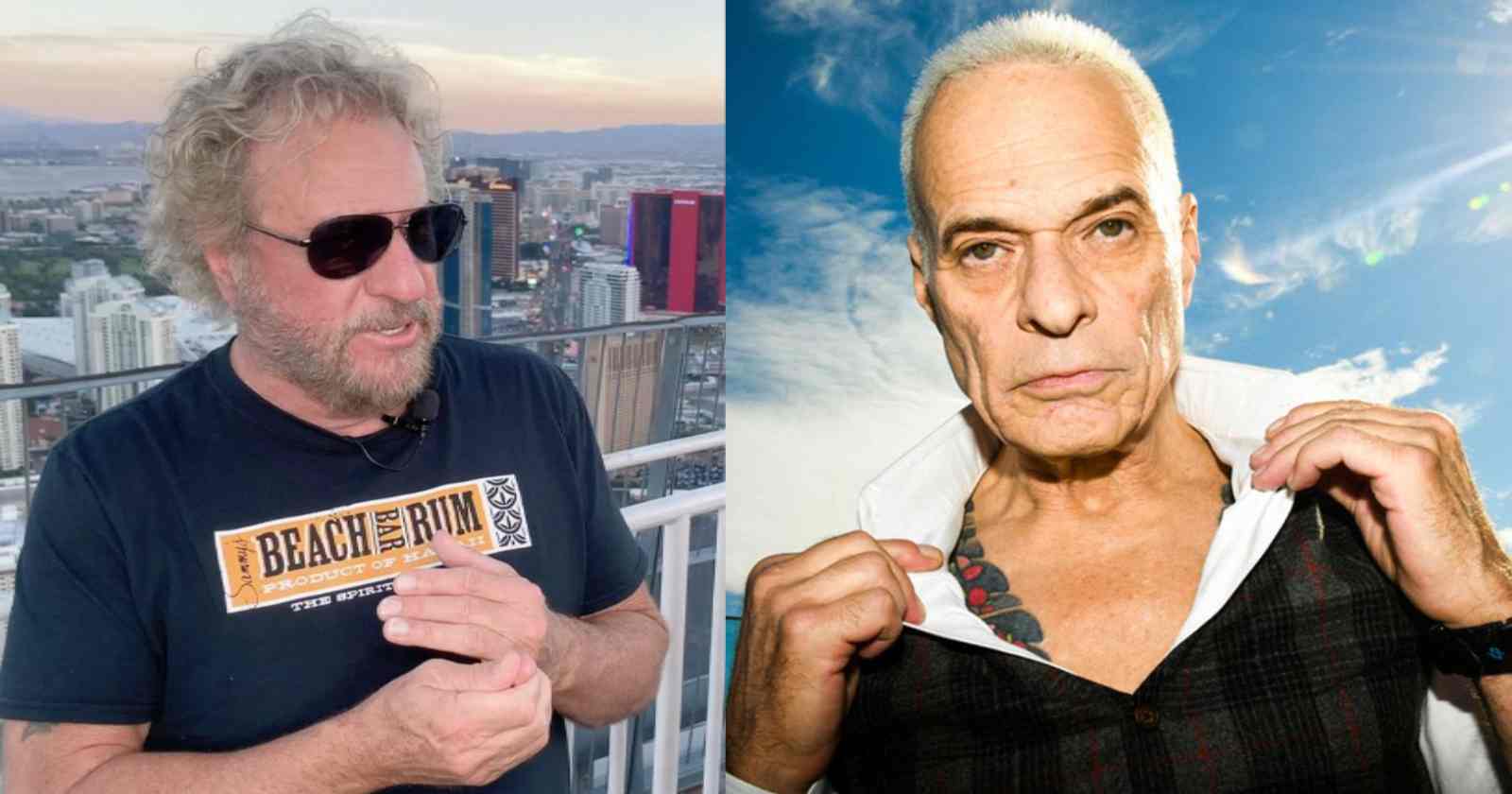 Singer Sammy Hagar said in an interview with The Washington Post that original Van Halen singer David Lee Roth doesn’t sing well anymore. The musician also said that he has no respect for Lee Roth’s mindset on music and show business.

“Well, we’re different kinds of people – we’re totally different. I’ve been married since I was young, I’ve got children, I’ve got grandchildren, I’m a real family kind of guy. I don’t do drugs, I don’t go out and party myself to death – I take what I do seriously, and when I go on stage, I’m in condition, I try to do that every time. It’s just a different work ethic, it’s a different thing.”

“I’m not trying to be a celebrity and trying to be a big star – I’m about being a good enough artist that they accept me in the celebrity world. That’s the way I approach my whole thing, and he does it all differently. I think it’s just all about being a celebrity, it’s all about, you know, having something that gets attention. It’s a whole different style, and I don’t really respect the way he does it.”

“But, I respect what he did in Van Halen, so don’t ever get me wrong. He was great for that band, and he’s got a cool voice. He doesn’t sing well anymore, but on the early Van Halen records, he was great, he sounded great, I loved the way he sang his attitude and his persona.”

The singer also said he had an ideia for a Van Halen tour featuring him and Lee Roth:

“No. 1, I had my own airplane, so I wouldn’t have to get in any close quarters with that guy. No. 2, we’d be playing in stadiums, and you know how there are two football teams, so I’d be on the Raiders’ side, and he would be over on whoever’s side.”

“I would totally be willing to do an encore of one of our songs. ‘Finish What Ya Started’ is about the only song that he could possibly sing with his range, so I’d say let’s do that for an encore. And we’ll do ‘You Really Got Me,’ I love that song, and I’ll sing the high part. But that would’ve never happened, he would’ve never done an encore with me. He wouldn’t step on the stage with me, it would be the last thing he’d ever want to do. It would’ve been great, it would’ve been great for the fans.”

Also known as The Red Rocker, Hagar is an American singer-songwriter, musician, and entrepreneur. Hagar came to prominence in the 1970s with the hard rock band Montrose. He then launched a successful solo career, scoring an enduring hit in 1984 with “I Can’t Drive 55”. After that he enjoyed commercial success when he replaced David Lee Roth as the lead singer of Van Halen in 1985, but left in 1996. He returned to the band for a two-year reunion from 2003 to 2005.