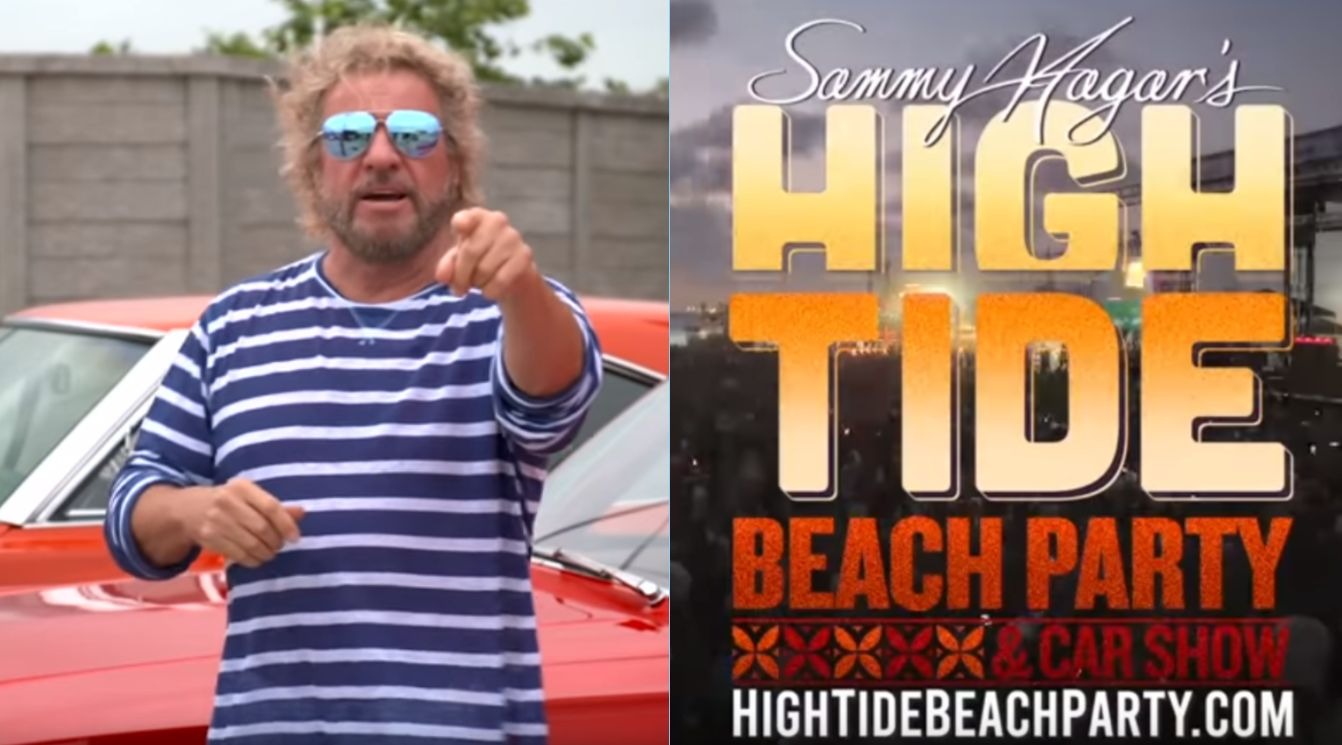 In October of last year, Sammy Hagar presented his first performance at the High Tide Beach Party & Car Show in Huntington Beach, California, and now the musician has announced a second edition of this event.

The seaside show is scheduled for September 28th and 29th and, like last year, Hagar and his current band The Circle will serve as headliners.

Sammy declares in a new video promoting the event: “This year’s Beach Party will be bigger, better, will fold the food, fold the party, fold the drinks, fold the music, double the fun. And who knows who else will show up, because I’m giving the party!”

The event will also feature an expansive display of exclusive cars, including Hagar’s Ferrari BB512i – which featured in his music video “I Can’t Drive 55” – and the legendary “General Lee” 1969 Dodge Charger, from the TV series The Dukes of Hazzard.