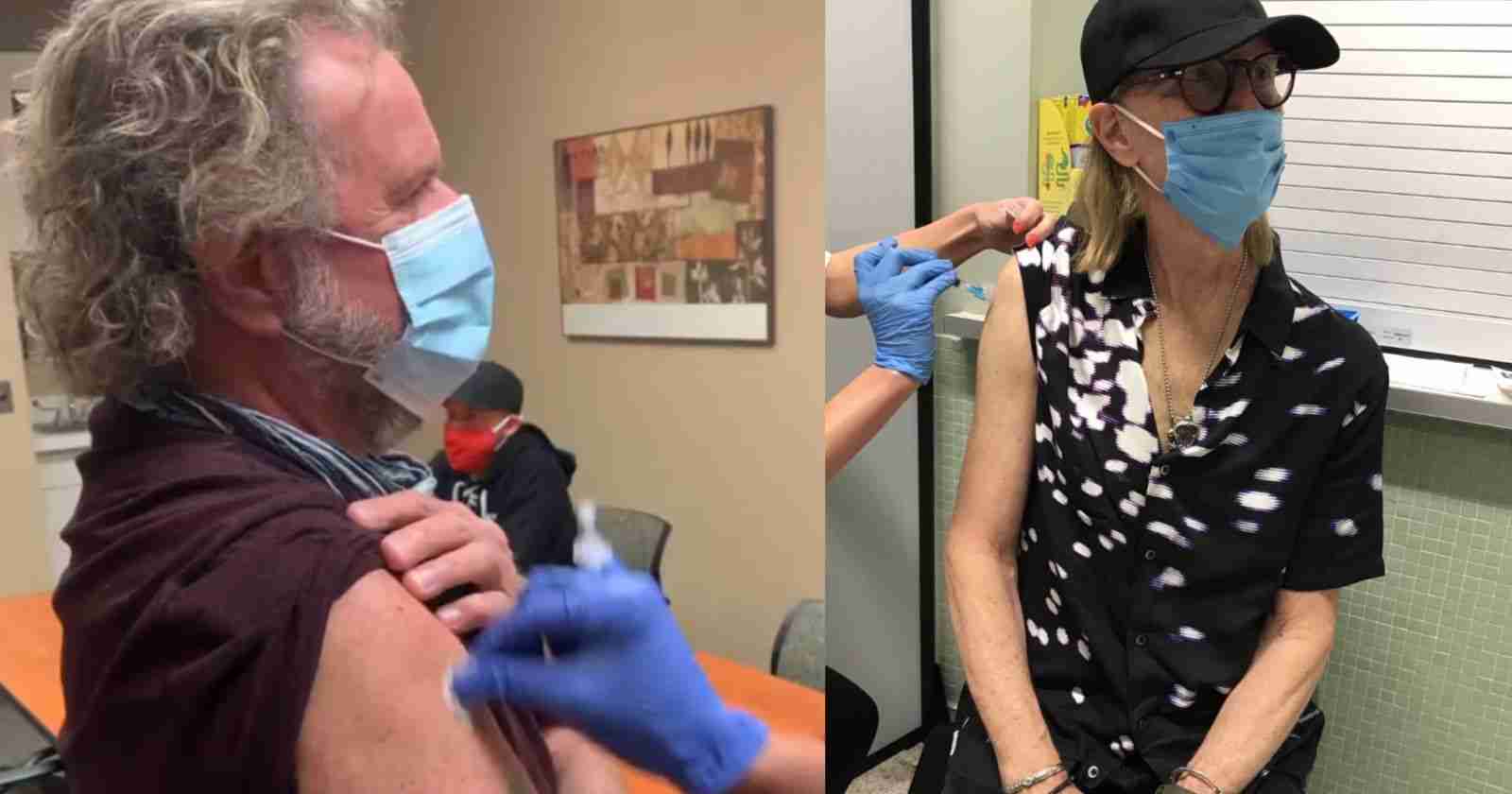 One year after the Covid-19 started the Pandemic is still far from the end but at least now we’ve got many vaccines that are helping to save lives. Since the vaccination is happening really fast in the United States many rockstars are already getting their shots. The most recent ones were the 73-year-old singer and guitarist Sammy Hagar (Van Halen, Montrose) and the 69-year-old Aerosmith bassist Tom Hamilton.

Sammy Hagar and Tom Hamilton shared the news on their social networks, saying:

“I dislike shots as much as anyone. But I want to get back to playing live concerts, traveling the world without putting anyone at any risk my family my friends and myself Included.”

Aerosmith bassist Tom Hamilton celebrated that he took the second shot of Moderna said he was now “invincible”:

Although the vaccine is being used all over the world, many countries are still in a really bad situation. Especially because of the new types of the Covid-19 virus, like the one that appeared in Brazil and is making the health system collapse. The predictions for the Brazilian people are not good. Since many cities are not capable anymore to receive infected pacients at the hospitals anymore.

With more than 270.000 deaths the Brazilian president Jair Bolsonaro keeps saying that the disease is not dangerous. Also that he doesn’t care about the deaths and also said that the people that lost their relatives should move on and stop crying. Besides, he never wears a mask and keeps promoting events with many people.

Alice Cooper talks about his persona, detroit and career
When Led Zeppelin and Black Sabbath played together in the studio
To Top