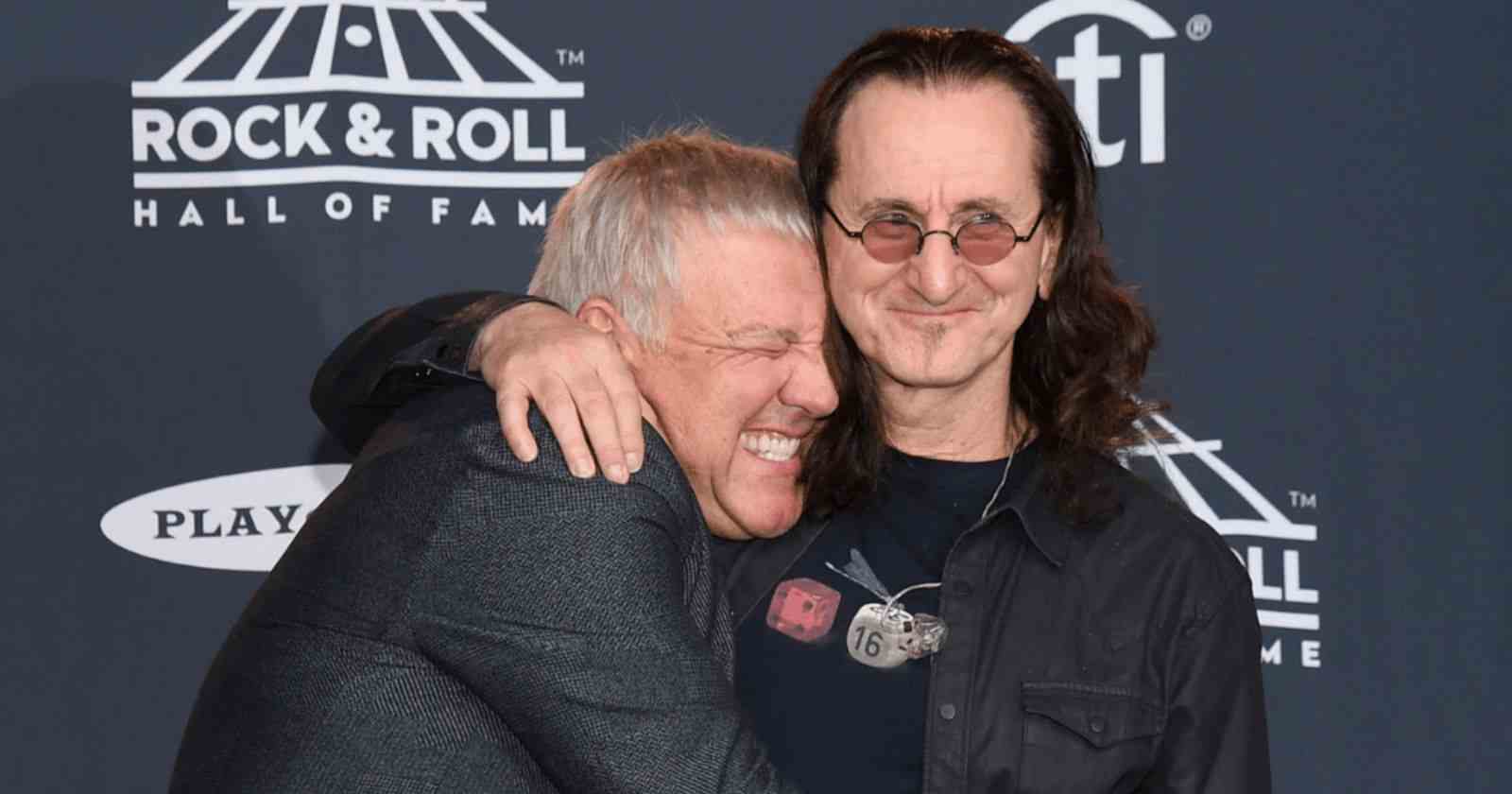 Rush guitarist Alex Lifeson said in an interview with Make Weird Music that he and Geddy Lee will probably make new music together again in the future. In january 2020 the band lost the legendary drummer Neil Peart, victim of brain cancer.

In the same interview he talked about his guitar collection, saying:

“We’re renovating our condo, and we’re getting close to the end, finally, and I just took a bunch of guitars off the wall to take to our place because I’m gonna have a nice little working space in this new place.”

“I’m fortunate – and you can’t see the rest of the guitars, but this wall goes up to about 16 feet [nearly 5m] and it’s all covered in guitars of all sorts. I’m by-and-large a Gibson player but I’ve played lots of stuff. PRS I played for many years, they make a fabulous instrument.”

“The Gibsons, I have some nice Fenders, some Teles that I love… So it really just all depends on what I’m looking for in terms of character, and I just pull it off the wall. They all speak a little differently and being as old as I am, I got to play almost all of them at some point or another, usually on tour.”

“So they all have a little bit of history, and I understand them and know their personalities. So it’s kind of cool to pull things down and do some alt tunings, and really have fun exploring. Lately, I found that I’ve just gotten bored with Standard tuning, and I’ve been messing around with a lot of all tunings, really bizarre ones, more traditional ones. And now when I go back to standard tuning, it’s like I’m a beginner, I don’t know what I’m doing.”