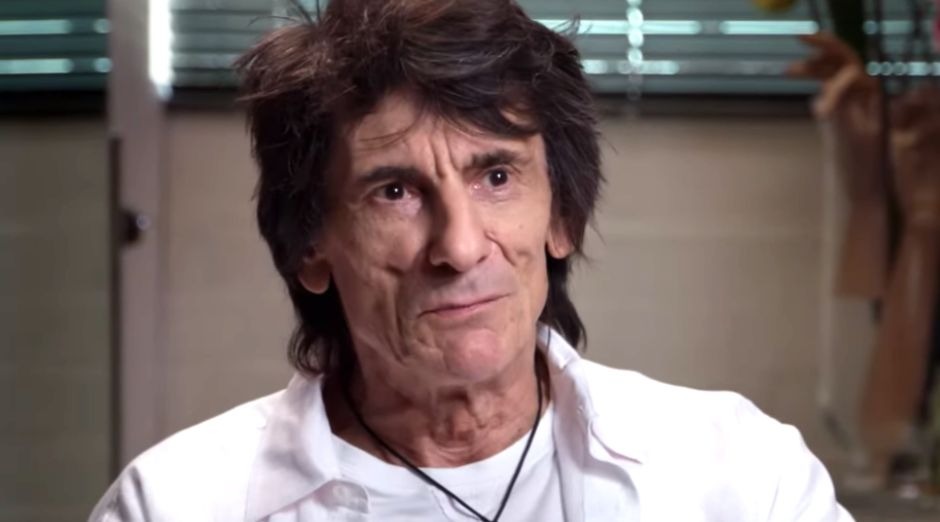 The trailer for the documentary  about Ronnie Wood, “Somebody Up There Likes Me” was released to promote his UK debut on November 26th.

The video begins with the Rolling Stones veteran reflecting on his good luck. “I was in the hands of fate all my life… being in the right place at the right time,” he says.

The film took two years to be produced and explores Ronnie Wood’s life and career, along with clips of performances from his times of Faces, Jeff Beck Group, and of course with the Rolling Stones, as well as interviews with Mick Jagger, Keith Richards, Charlie Watts and Rod Stewart.

Watch “Somebody Up There Likes Me” trailer

“When my mate Mike Figgis approached me to make this documentary film I was baffled where to start and where to finish …Oh well, how about from being born into the Wood dynasty to where I am right now! That should do it … The title says it all, hope you enjoy watching it as much as we did making it. “Leave ‘em wanting more”, as the man said, so look out people, there’s a lot more stories to be told.”

“Music has always been central to the way I approach filmmaking. Working with Ronnie on ‘Somebody Up There Likes Me’ was a great opportunity to explore the roots of the UK Blues and Rock scene, something I had begun in 2002 with Red White and Blues, the Martin Scorcese produced history of the British blues scene, The bonus was Ronnie himself. A multi-talented storyteller, artist and musician. His candour and warmth was always present as he talked about the highs and the lows of his career thus far.”