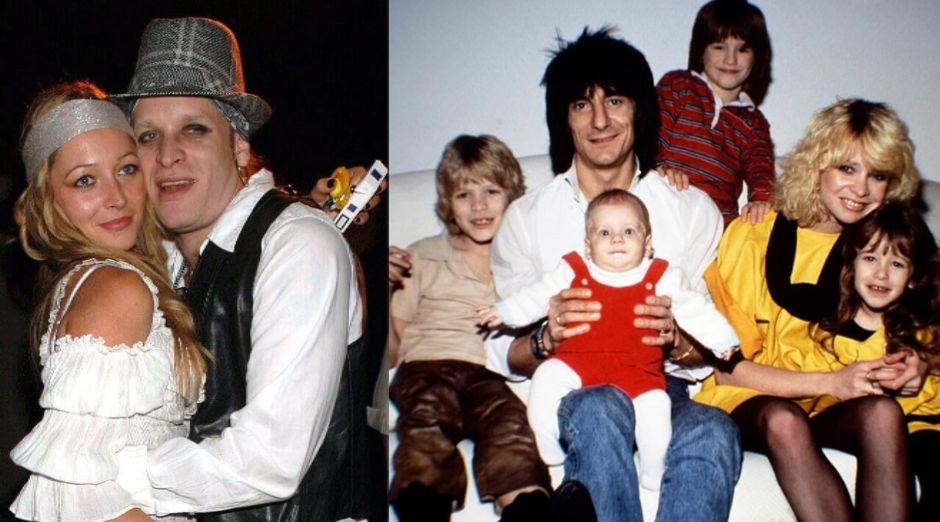 Jamie Wood son of Rolling Stones guitarist Ronnie Wood talked about being raised by a Rolling Stone nearly killed him in an interview with Daily Mail. He said that, since he was a little boy, he lived between drugs and parties.

‘Mum and Dad [by which he means Ronnie] used to party a lot and you could always smell cannabis in the house. It would waft up the stairs and when I was nine or ten, I’d run downstairs and find ashtrays full of joints and help myself, then stash them behind the microphones.”

He also pointed out that, although drugs were “demonized” in society, they were “normal” in his family and were part of his childhood: 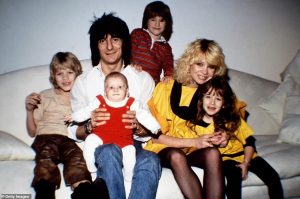 “It was part and parcel of my upbringing. Drugs were normal in my family but outside they were demonised — no one would let their children come to my house after school.”

Still, Jamie says he used heroin and cocaine from the age of 14 to 20 and his parents knew that. At the time, “[Ronnie] said, ‘Have fun doing what you do, but don’t let drugs control your life. You control the drugs. ”

“I remember being 16 years old when we went on this holiday to Antigua. At this point I was doing drugs every day. I was sitting in my room and I get this knock on my door and it’s Dad, who’s come to chat to me about drugs.” 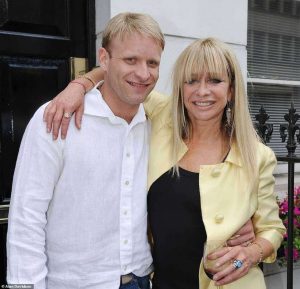 “Did partying contribute? I certainly damaged myself. What do you expect? I grew up in that environment. I thought it was natural for me to take drugs. Mum and Dad always knew about the drugs but were pretty aware that I was going to make my own decisions.”

‘The problem was, I went to 17 different schools in three or four different countries. Whenever I had friends, they suddenly got taken away.” Things got worst his family moved to Wimbledon, South-West London. He met new friends that introduced him to harder drugs. “I took heroin and cocaine. And I was bad. I was partying hard,” he said.

“Stones band member Keith Richards also was aware of how hard I liked to party. He pulled me aside once and said: ‘Jamie, there is a difference between itching your a*** and tearing it to pieces. I definitely had a few accidental slight overdoses as a kid. Although having plaque build-up in my artery and it causing a heart attack was probably more due to consistent smoking.”

Discussion with this father 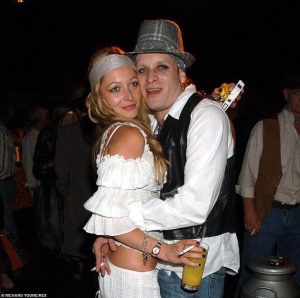 Jamie and his father had a discussion when Ronnie talked about how he should stop the consumption of Cannabis. “Went full AA, he liked to preach. I got upset with him. The biggest drug-taker in the world was telling me what to do. I didn’t take too kindly to it.”

“I did recently apologise and tell him he was probably right and that I was in denial about the cannabis, but I thought he could have handled it better.”

His first job was as rodie and even went on tour with Nirvana and Guns N’ Roses. He was his father’s manager for a few years and after that he began managing his father’s art business.

Finally, the businessman said that his Ronnie Wood has changed a lot since he decided to stay sober, about 10 years ago. The guitarist is the father of 4-year-old twins, the result of his third marriage. “I am sure he will do a better job this time! I’m really happy for Ronnie. Sally [Humphreys] is an incredible mother and the twins are great,” he concludes.