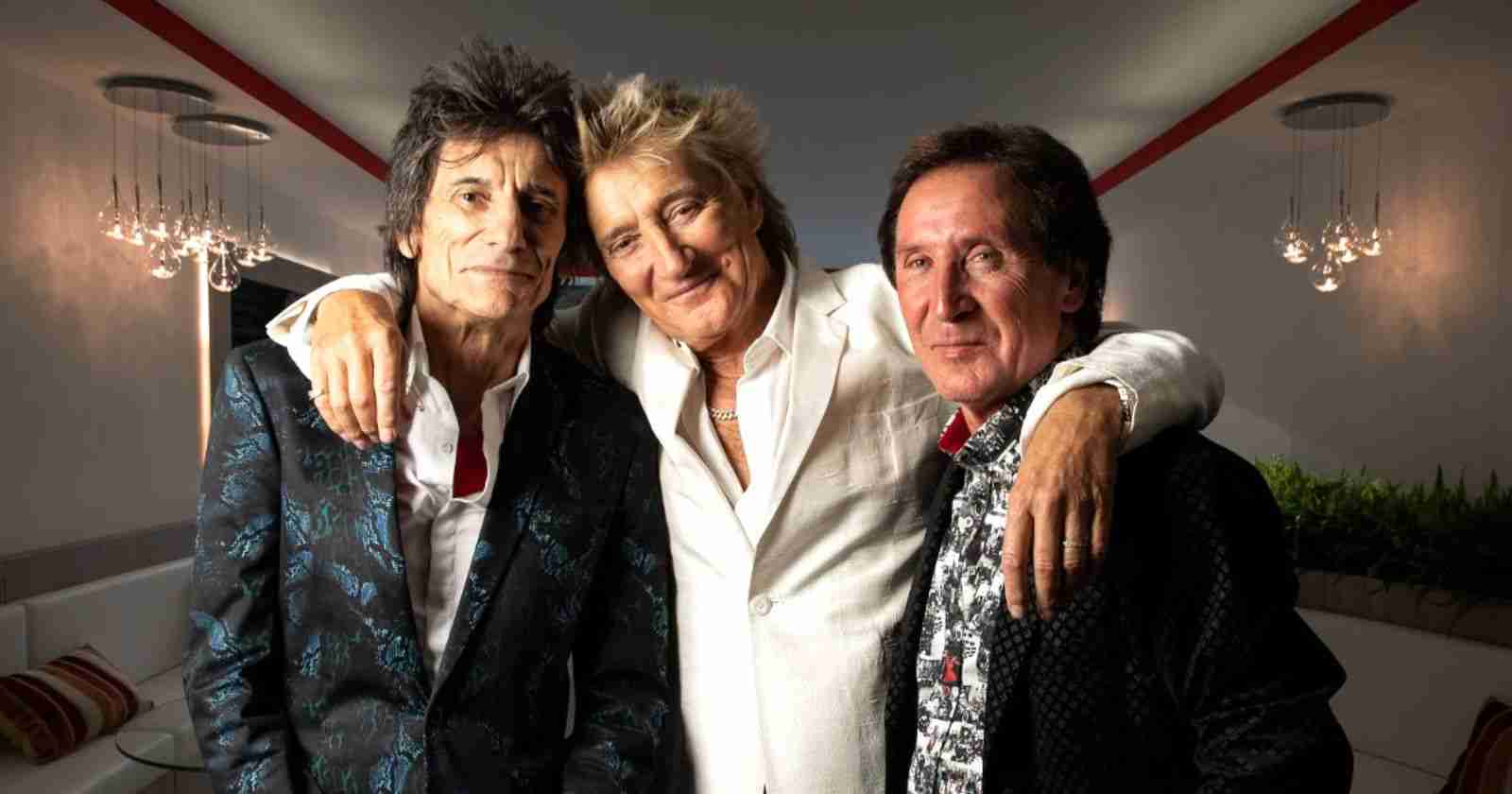 The Faces surviving members guitarist Ronnie Wood (Rolling Stones), singer Rod Stewart and drummer Kenny Jones recorded new songs for the band. In an interview with The Times, Wood revealed that he met with his ex-bandmates and they recorded new material.

“I saw Mick (Jagger) here last week, and Rod and Kenney were here yesterday. Me and Mick have done nine new tracks for the (40th anniversary) re-release of Tattoo You. And me, Rod and Kenney have been recording some new Faces music. … I’ve had a front-row seat on some amazing rock ‘n’ roll projects these past couple of weeks. I’m making every day count. Not wasting a moment.”

Wood also talked about releasing a tribute album to blues legend Jimmy Reed with former Stones guitarist Mick Taylor in September: “I go through art phases when music is secondary, but right now I really want to get out there and play.” He continued talking about his cancer battle:“I’m well. I’m strong. And I’m adaptable. But it has taken a lot of fighting, a lot of stamina to get through it.”

“Mick is fighting fit, and we both can’t wait to get working again. Having said that, lockdown was good for me, because when I got the cancer the second time, it enabled me to face all those horrible treatments under the radar. I had a lot of chemo and radiology, but I wasn’t interrupting anyone else’s schedule. I had the time and space to focus on getting well.”

The band had a unique arrangement, as Rod Stewart had signed a separate solo recording contract shortly prior to joining Faces. Band members often contributed to Stewart solo albums as contract players, and Stewart would tour as a solo act, sometimes with various members of the band. The band lacked a single main songwriter, as each member would contribute songs to each of their albums. While Stewart was the primary lead singer, both Lane and Wood would also sing lead vocals on several tracks.

Their first two albums, First Step (1970) and Long Player (1971), lacked a hit single, but their third album, 1971’s A Nod Is As Good As a Wink… to a Blind Horse, bolstered by the success of Stewart’s solo work, became a worldwide hit, peaking at number 2 on the UK Albums Chart and number 6 on the U.S. Billboard 200 album chart and spawning the band’s first hit single, “Stay with Me”.