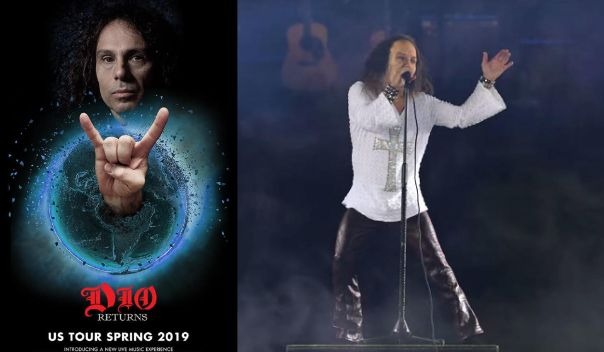 Ronnie James Dio, legendary heavy metal singer, died in 2010 at 67 years of stomach cancer, but his work continues to be presented on stage through a hologram. The technology that brings the image and voice of the artist made its debut at the Wacken Open Air festival in August 2016, in front of more than 75,000 fans and has since made shows out there.

The production of the Dio hologram uses audio from the live performances he has done throughout his career, with the band Dio Disciples playing live.

After the initial seven-day tour was completed in December 2017, the hologram is undergoing “technical adjustments” before launching the next leg of the Dio Returns world tour, which will begin in June in the United States.

See the tour trailer below:

The widow of the musician, Wendy Dio, who is a member of the Eyellusion team, said in an interview with KLOS that presenting a digital version of Dio to the public makes perfect sense. “Dio was an innovator in heavy metal, so why not be a technology innovator?” He said, adding he saw no problem keeping great artists alive through technology. “This is to keep your memory and your music alive. I think it’s a new way to consume a product like a CD or a cassette,” he said.