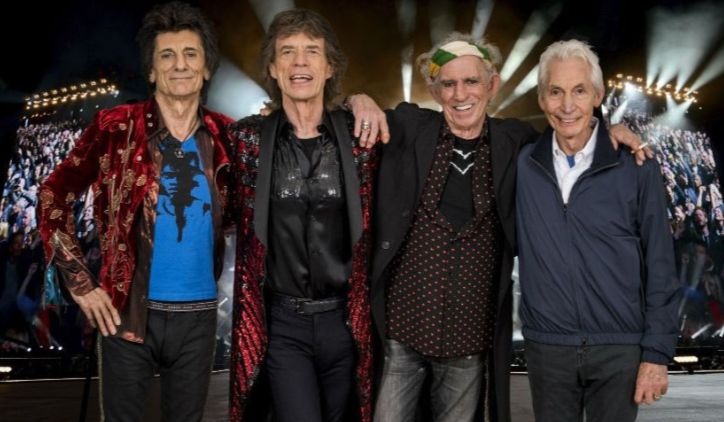 Mick Jagger turns 76 in July. Despite the apparent eternity of the frontman, most fans of the Rolling Stones, who are between the ages of 45 and 75, are either approaching retirement or are already enjoying themselves – making them the perfect demographic of the unlikely group he sponsors. Filter, the band’s new tour.

When fans get to the Stones shows in the United States, a bus run by the Alliance for Lifetime Income, a non-profit institution that was born a year ago and was formed by 24 financial services firms to spread the knowledge about retirement options, will welcome them outside the stadiums.

The Alliance, which does not recommend any specific firm but encourages people to explore financial planning tools and various annual income options without employment ties, is the main sponsor of the Stones tour, in a partnership driven by the band’s previous relationship with one of the band’s members. (Life insurance company Jackson National has sponsored a Stones exhibit in the last year.)

Since the Alliance is not for profit, the agreement was “much smaller” than as big companies, but the band was interested in supporting a cause, he told the organizers.

“We started talking to the Stones a year ago, and we took a chance to patronize a tour. It was a dream coming true. When you look at the demographic of the people you follow, it’s almost 100% chance to be our target audience – people ages 45 to 75 with incomes, ready for a post-career life. ”

Statler has decided that an organization expects to speak to the 1.5 million-shift audience and the 24 million social media followers through promotions at key points in the shows and in online campaigns between two groups.

“Who is breaking down the barriers because people speak with the Stones’ name, and those who are letting us talk to more people can help end the social crisis of people who end their lives with no money,” she said. The Stones are the musical group that is a company for the promotion of campaigns, but the making of similar agreements. “As far as I know, Bob Dylan will be making a comeback next year. Who knows?” Said Statler.

The Alliance bus will also offer backstage experiences from the Stones to fans waiting in line for the shows. Some Tour members, such as the producer of the Stones, will appear personally in the campaign as high-risk working people who explore viable retirement options.

But the band itself probably will not promote retirement plans – watching as the Stones kept quiet about any plans to stop playing. “We’re trying to pick some songs that we have not played in a long time, things we have not done before,” Mick Jagger said this week. “Most people don’t want something strange, they want something just a little strange,” he said, and further assured that he is in good health.