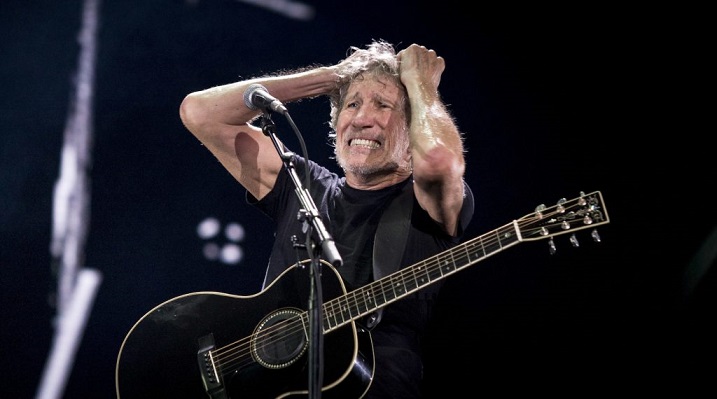 Roger Waters revealed that the audience present at the show held at the Mané Garrincha National Stadium in Brasilia (Brazil) on Saturday (13) broke the record of his Us + Them tour, which is passing through Brazil in October.

The audience shouts responsible for breaking the record occurred during the song “Another Brick In The Wall”. Throughout the song, a group of children from Brasilia took the stage in prison clothes and covered face. First, the boys take the cloths off their heads. Then, at the end of the song, they put aside the orange colored suits and wear T-shirts with the word “resist”.

The feat was announced by Roger Waters during the show itself and reinforced in publication on Instagram, which also features a video of the moment. “Brasília’s public has broken our record audience volume,” the posting says.

50,000 FANS IN BRASILIA…VERY MOVING NIGHT…..SEE YOU SALVADOR ON WEDNESDAY NIGHT

Roger Waters is with his Us+Them tour in Brazil, and the country is currently in the presidential election period. The candidates are Fernando Haddad (PT), the left-wing political candidate and Jair Bolsonaro (PSL), the right-wing conservative candidate, that have already made homophobic, racist, sexist declarations and supports the work of a famous torturer of the time when Brazil underwent a dictatorship.

Since Jair Bolsonaro is in front of the polls, Roger is criticizing the candidate the conservative candidate.  He is presenting a screen with the phrase “censored point of view” where it should be in the name of the PSL postulant in the Planalto Palace and provoking “no fucking way” in place of “#elenão” (that is the hashtag used against the candidate, that means “not him!”). Since the country is polarized in two sides, the audience gets divided with many supporting the singer and many criticizing.

Read more about it here.