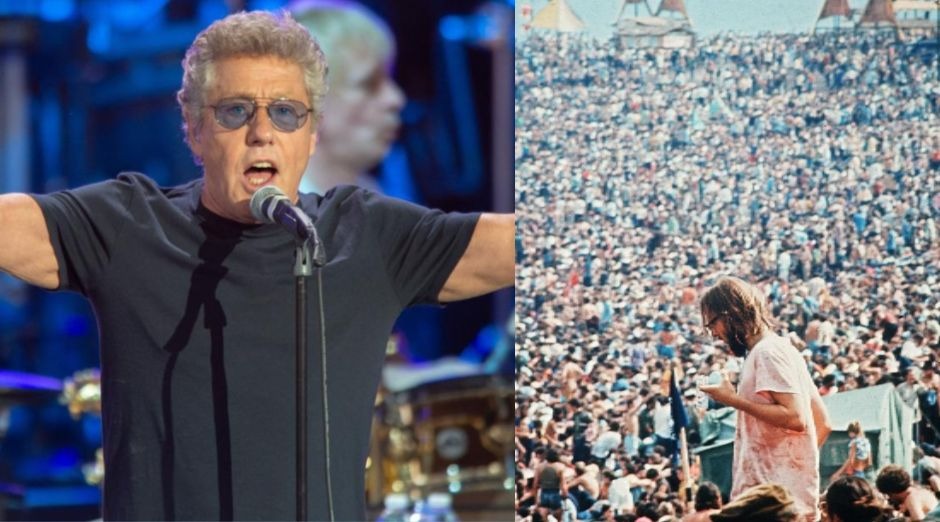 In an interview with the New York Times, The Who frontman Roger Daltrey said that in Woodstock there was nothing of “Peace and Love,” as the music fan meeting became known 50 years ago.

What kind of mood were you in when you went on at 5 a.m.?

Tired! You build yourself up for a fight. We were determined to make our music count. “We’re going to beat this one, we’re not going to let it beat us.”

The Who may have been the only band at Woodstock that felt combative.

You’ve got to remember, by the time we went onstage, we’d been standing in the mud for hours. Or laying in it, or doing whatever in it. It wasn’t actually that muddy backstage, but it wasn’t comfort, let’s put it that way.

Yeah, it was boring. Hours and hours of that is boring. We could hear the bands that were on before us, and I particularly remember how good Creedence Clearwater [Revival] was — they were fantastic.

What else did you do that whole time?

Waited [laughs]. That’s all you could do. Waiting, waiting, waiting. We were young, and life is a lot easier when you’re young. I wouldn’t do that show now. Sod that. I’d walk away from it. I’m joking. No, I’d walk away and come back 10 hours later.

And the Who was the wrong band to keep waiting, right?

That’s exactly right. Our music was a kind of energized anarchy. We were breaking “Tommy,” the first kind of rock opera album, so we had a specific goal we wanted to achieve. Against all the odds, it all kind of worked.

But I don’t think the bands were the stars of Woodstock. In my mind, it’s the audience. They were the stars, that half a million people that put up with that crap [laughs] for three days. That coming together of that community was, I think, the key to getting America out of Vietnam. That’s when politicians actually started to take notice.

You’ve said Woodstock was the moment you knew the Who had broken in the United States. How significant was the change in audience size?

That summer our audiences went from 5,000 to 100,000, in a six-month period. It was a ridiculous, rapid elevation in status.

Your set ended a little after sunrise. What did you do after that?

Went back to the motel — Camp Tranquillity, laughingly called. The roadies were sleeping in the corridors and it was chaos.

Have you ever listened to the set you played?

No! And I don’t want to. I’ve never enjoyed listening to what we do, to be honest. I do it and then that’s it.

You’ve said it was the worst gig the Who ever played. Do you still think so?

It was a particularly hard one for me, because of the state of the equipment. It was all breaking down. I’m standing in the middle of the stage with enormous Marshall 100 watt amps blasting my ears behind me. Moon on the drums in the middle. I could barely hear what I was singing.

What were you wearing onstage?

I wore what I always wore when I did “Tommy,” which was a buckskin suede suit with white leather fringes that I had made for me, and I beaded the back. I wanted to create a mystical figure. When I began performing “Tommy,” I realized it needed to have a visual character, to carry the weight of this piece. There we were, four snotty kids from Shepherd’s Bush, saying to our audience, “This is a rock opera. Have a little respect.” The central character is Tommy. The audience is all the other characters. Uncle Ernie, Cousin Kevin — they’re metaphors for different sides of human nature.

The Who played something like 112 nights in 1969. Did you have more than one suit?

Only one. It stood up on its own, after a while. It’s in the Victoria & Albert Museum now. I loan it out to museums.

There isn’t any video of Abbie Hoffman crashing your set —

And there’s no definitive account of what Pete Townshend did to Hoffman. What did you see?

I saw some geezer shouting into Pete’s microphone, saying we were a load of crap, which got up all our noses. Then I saw Pete come up — I’m not sure whether he hit Abbie Hoffman with the guitar, I think he pretended to hit him. Pete yelled, “Do it again and I’ll kill you.” He wouldn’t have recovered if Pete had hit him on the head with a Gibson guitar. And Pete was never tried for murder, so I gather he didn’t actually do it. It was a kind of a stunt move.

Can we do some Woodstock word association?

They’ve come a long way since Woodstock. There’s nothing wrong with festivals.

Not many left [laughs].

Some people think the ’60s was the greatest era of rock music. Do you share that romantic view?

What was interesting about the music that was being made in those years was how quickly and rapidly it progressed. The sounds, the musicianship, the styles. It plateaued toward the end of the ’70s, and then you can hear the commerciality creeping in, rather than inventiveness.

Last year, you toured with an orchestra, singing “Tommy.” You opened the tour in Bethel Woods, and recorded it for a new live album, “The Who’s Tommy Orchestral.” What feelings did that bring on, being in Bethel again?

We were a thousand yards from the original Woodstock stage. It was fabulous. That’s why I put it out on record. It’s not a perfect record by any means, but it’s got a wonderful energy about it. And the orchestrations are magical. It’s like “Tommy” comes of age.

O.K., but did you have personal feelings about being in Bethel again?

I just told you! It was wonderful.

Is it fair to say you’re not a nostalgic person?