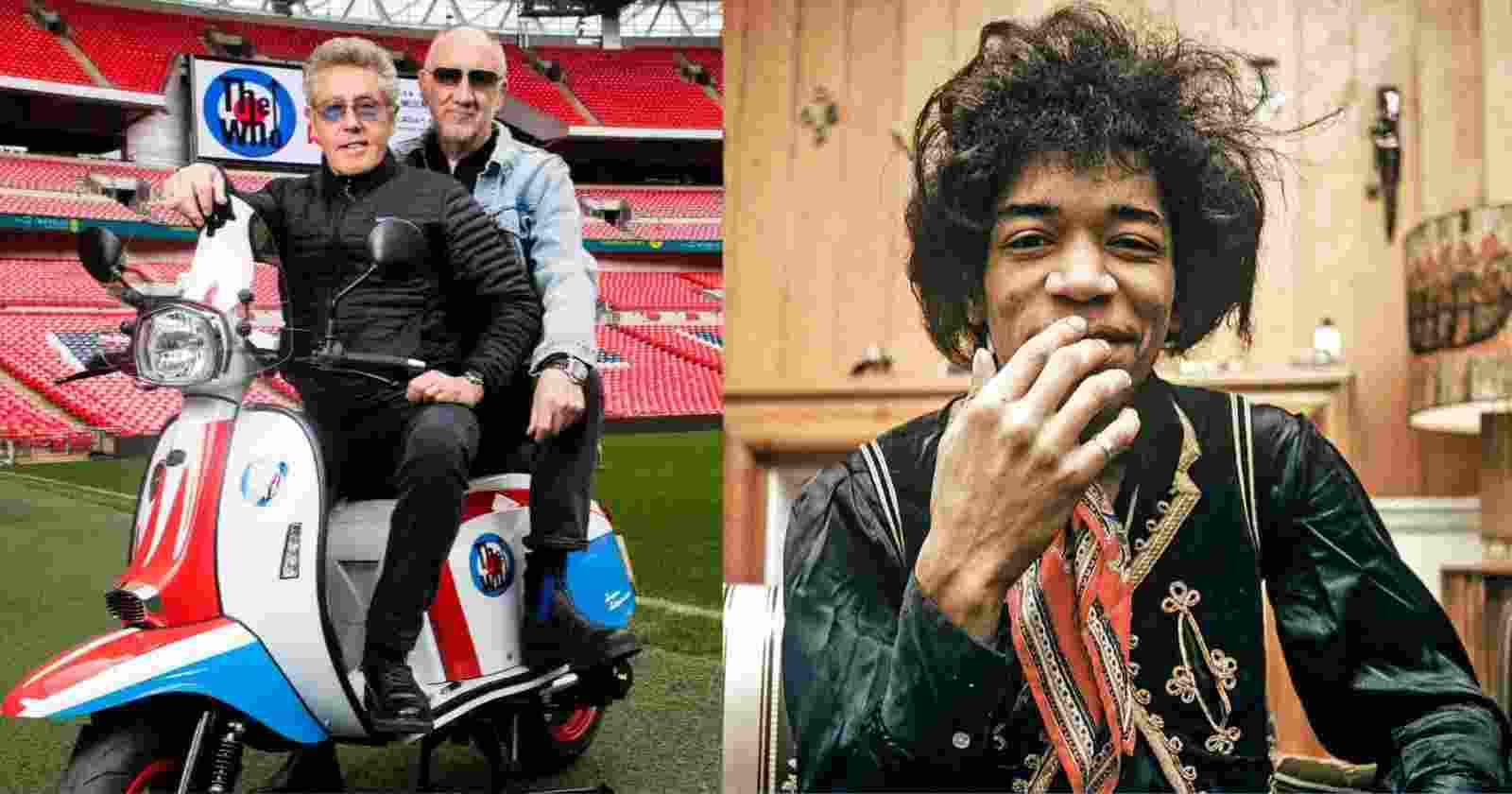 The Who vocalist Roger Daltrey said in an interview with How to How podcast that Jimi Hendrix was inspired by Pete Townshend when he started to smash and burn his guitars.

“Jimi was an absolutely amazing performer, but what people don’t realize is that a lot of Jimi’s showmanship, when he started digging his guitar into the amps and the feedback and all that, most of that he copied from Townshend. So by the time we got to Monterey in ’67 [where Hendrix set his guitar on fire], Pete’s going, ‘Well, that’s my whole show!’ And it was always a great finale.”

“You know, we didn’t really quite have confidence in the music. We were a pop band with these weird singles like ‘I’m a Boy’ and ‘Happy Jack’ and a mini-opera called ‘A Quick One While He’s Away.’ It was insane, the stuff we were playing!”

“So we thought, well, we’re gonna get slaughtered if he goes on before us. Because that’s our whole show, done. So Pete and Jimi flipped a coin and Pete won and we chose to go on first. But then, of course, Jimi came on and blew us all away anyway.”

“It was costly in glue because as fast as we were smashing it, we had four sets but as one got smashed it then got glued. And by the time we got to smash it again the glue got set.”

“But they weren’t prop-guitars. They were real guitars. We worked out very cleverly that very rarely did the neck break. As long as the neck didn’t break you could glue the body back. Even with holes in it, it didn’t matter – we could make it work.”

Ozzy, Iommi and Geezer recalls being criticized on first Sabbath show ever
Steve Vai recalls when Van Halen called him after he left Lee Roth band
To Top