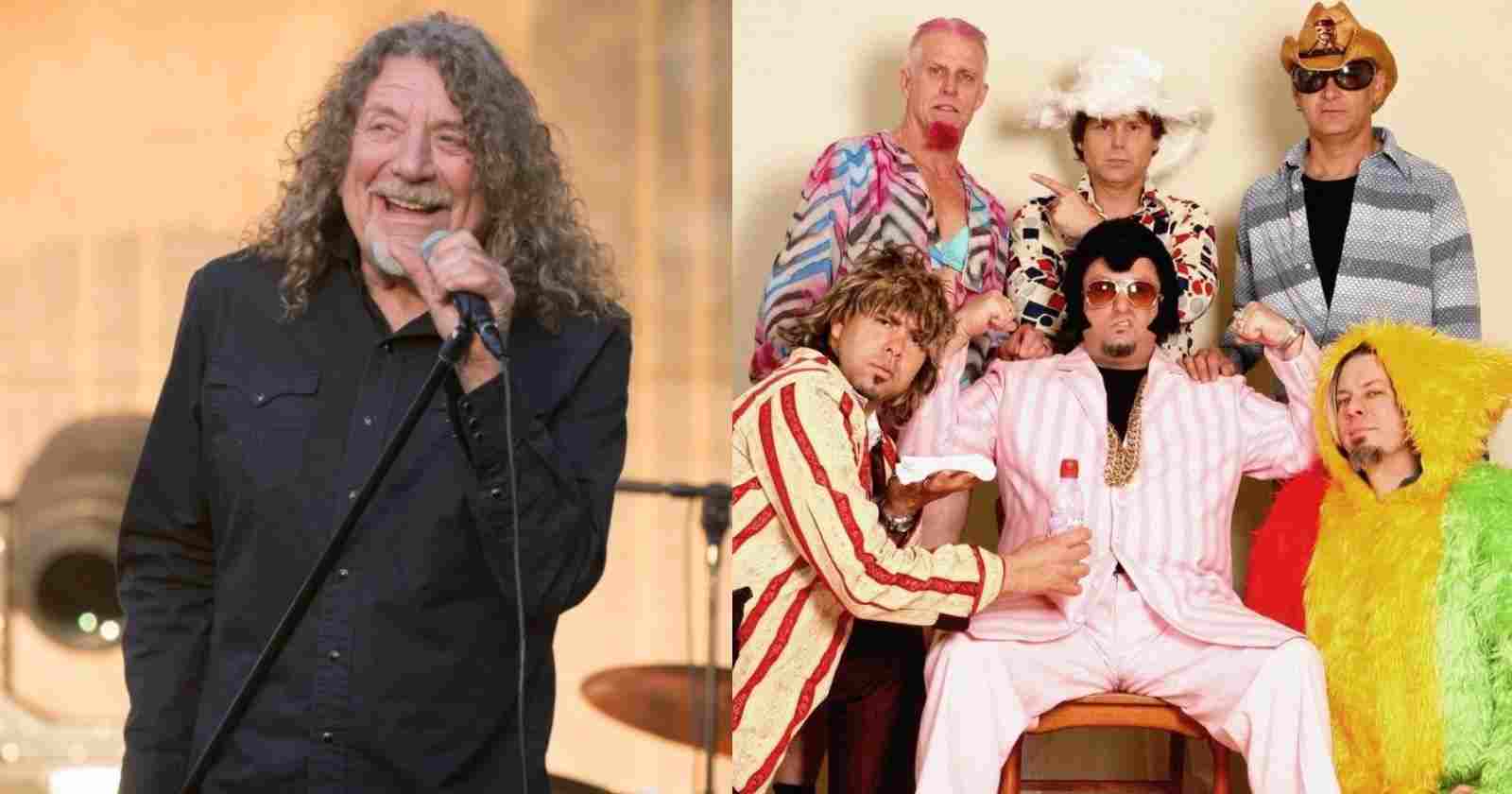 Besides many amazing original songs Led Zeppelin is also famous for many cover songs. Robert Plant revealed in an interview with Brazilian magazine Veja his favorite covers of the group made by other bands.

Robert Plant reveals his favorite Led Zeppelin covers made by other bands:

“There was a band called Dread Zeppelin, who played reggae rock covers with the vocalist dressed as Elvis, and did a cover of Heartbreak Hotel and included a Heartbreaker solo (from Led Zeppelin) in it’s version. It was very good.”

“There is also the album Hairway to Steven, which was another excellent example. And, of course, there was also Gilligan’s Island (Stairway), which was also great, using our Stairway to Heaven in a parody of the opening theme of a series (this is Gilligan’s Island, 1964 series; cover is 1978). But it didn’t take long for our lawyers to get rid of this. We sued the band, who had to collect all copies of the disc with the stores cover.”

Many people criticize Led Zeppelin for in the beggining of their career using riffs and lyrics inspired by other songs without crediting the original artists.

Jimmy Page once talked with Rolling Stone about the subject, saying: “(Zeppelin took) some liberties, I must say, As far as my end of it goes, I always tried to bring something fresh to anything that I used. Robert was supposed to change the lyrics, and he didn’t always do that, which is what brought on most of the grief.”

In the 1980s, original writer Anne Bredon was made aware of Led Zeppelin’s version of the song, and since 1990 the Led Zeppelin version has been credited to Anne Bredon/Jimmy Page & Robert Plant. She received a substantial back-payment of royalties.