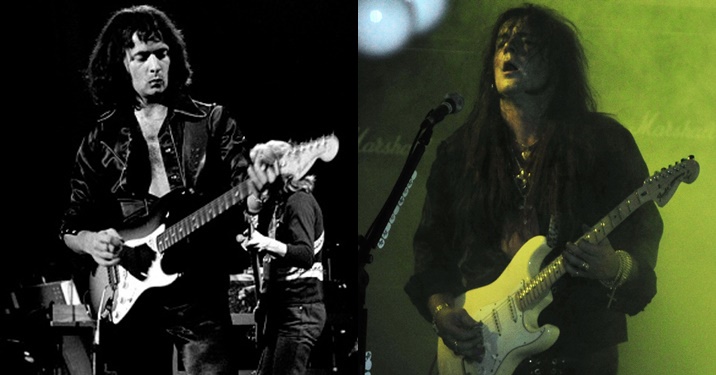 “I know him and he’s a very nice guy. Excellent guitar player. A lot of people have kind of questioned his angle, but he obviously knows his stuff. He might be a bit too tall, but that’s my only criticism. I did meet his mother in Sweden, a very nice woman who reminded me of my mother back in England. 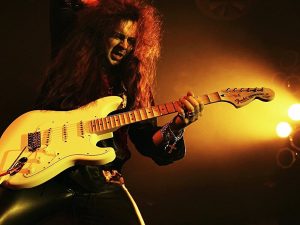 “So Yngwie and I get on fine. He’s like a family member. I definitely think he’s probably the best at what he does and – for what it’s worth – the fastest. And he doesn’t play the typical blues, minor kind of interpretations. He knows his scales. It’s more interesting.”

That’s a trail you blazed as well – getting away from blues-based playing in rock.

“I suppose that’s so. When I was 15 I saw a band called Nero and the Gladiators. They would dress up as Roman centurions. This was when every band had to have a uniform of some sort, whether it was red satin jackets or what have you. But this band dressed up as gladiators. 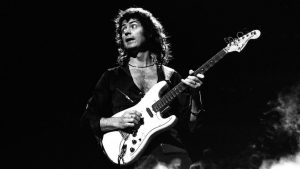 “They’d come onstage and I was so impressed that they’d play all these classical pieces, like ‘In the Hall of the Mountain King’ by Edvard Grieg. This band did everything that was classical, but rocked it up. I said, ‘Wow, this is not just your Chuck Berry rock and roll band.’

“That really started me going in that classical direction, along the lines of playing a solo with very fast triplets like on ‘Highway Star’ from ‘Machine Head.’ That kind of sound really came from Nero and the Gladiators. Joe Moretti was the guitar player kind of responsible for that in the studio. It was Colin Green within the band.”