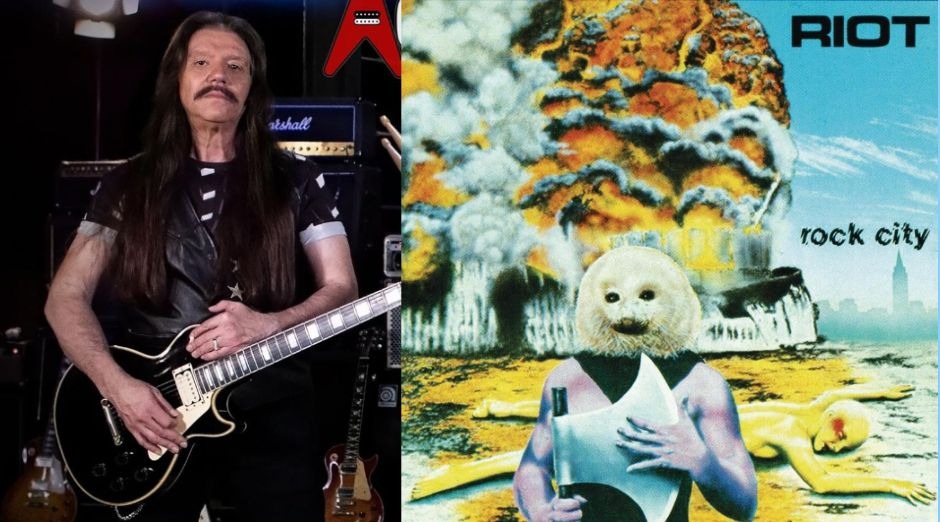 Lou A. Kouvaris, former Riot guitarist, died due to COVID-19, according to band manager Giles Lavery. According to the statement, the 66-year-old guitarist started experiencing symptoms of the disease more than a week ago and died at his home on Long Island, New York.

Kouvaris was the first guitarist for Riot, participating in the debut album Rock City (1977). He also collaborated in the composition of some Narita songs (1979).

Riot released an statement in their official Facebook page:

“RIOT has lost another brother. Lou played on the very 1st Riot record “Rock City” and performed with the current lineup many times as we are Family. We are saddened by his passing and continue in his and the Riot family honor!”

The band’s first album was released in 1977 and took the name “Rock City”. Which already contained the band’s classics like “Tokyo Rose” and the title track. After that, in 1978, Kouvaris left the band and was replaced by Rick Ventura.

After that, with Rick they recorded their second album, “Narita”, whose title track is a great instrumental song. With this album, the band was able to go to Europe for the first time, where they played in the first Monsters Of Rock. However, when everything was going well for the band, there are two unexpected line-up changes: Iommi and Bitelli leave for the entrance of Kip Leming (bass) and Sandy Slavin (drums). This line-up would record Riot’s best album.

After returning to the United States, the band played with Sammy Hagar and AC/DC, when they started writing songs for the next album. The album was called “Fire Down Under”. But changed Riot’s sound a little, becoming faster and heavier, more Hard Rock. Also, it was the band’s masterpiece.