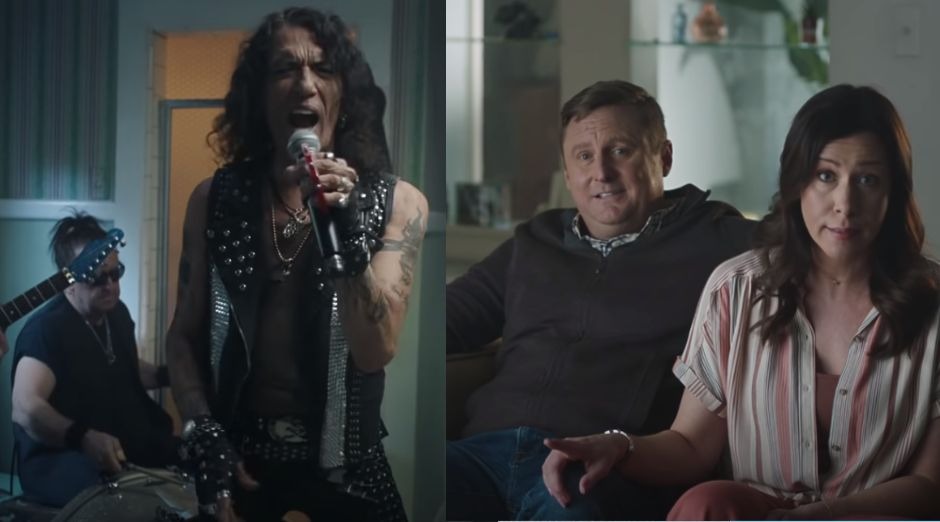 Ratt, the legendary glam/hard rock band from the 80s is the star of the new GEICO commercial. Where the residents of a house have a “rat problem”. Everytime the couple in the video talks about the problem, the band appears singing their biggest classic “Round and Round”.