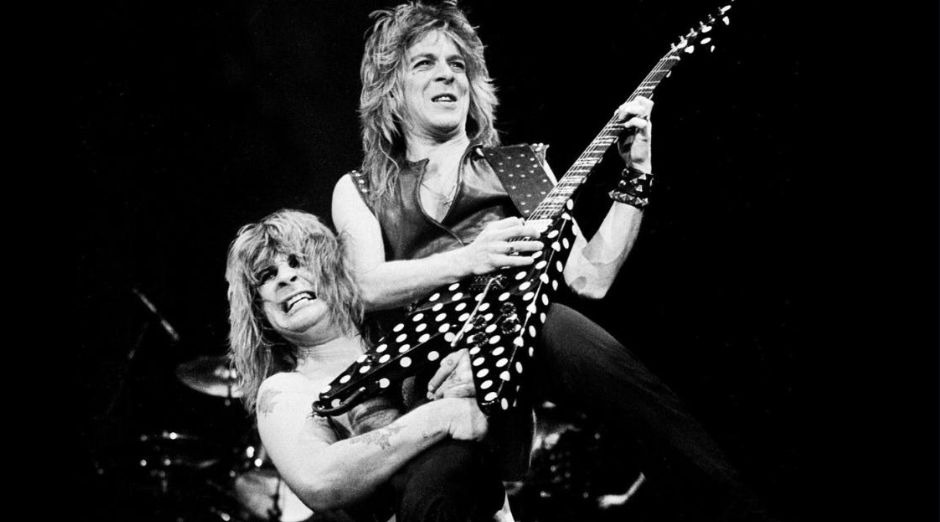 Randy Rhoads was without doubt one of the greatest guitarists we have ever seen in rock. The musician helped Ozzy Osbourne begin his solo career after Black Sabbath with incredible albums that gave us classics that became anthems.

Roads’ talent is unquestionable and we would have had great new songs if his life had not been so tragically interrupted.

Crazy Train is one of the great classics in history and you’ve certainly heard it a thousand times. But now you have the chance to hear Randy’s amazing guitar isolated.

Rhoads solo in this song is hair-raising. The tune was written by Osbourne, Randy Rhoads and Bob Daisley. And the lyrics talk about the subject of the Cold War. Also the fear of annihilation that existed during this period.

Guitarist Greg Leon, that replaced Randy in Quiet Riot after he went to Ozzy’s band claims to have helped the late guitarist write what it would be the legendary “Crazy Train” riff.

“We were hanging out, and I showed him the riff to Steve Miller’s ‘Swingtown’. I said: ‘Look what happens when you speed this riff up’. We messed around. And the next thing I know he took it to a whole other level and end up writing the ‘Crazy Train’ riff.”

Guitarist William Weaver has also claimed to have written the signature riff. And then presented the music to Rhoads in a studio session that they had both been a part of.