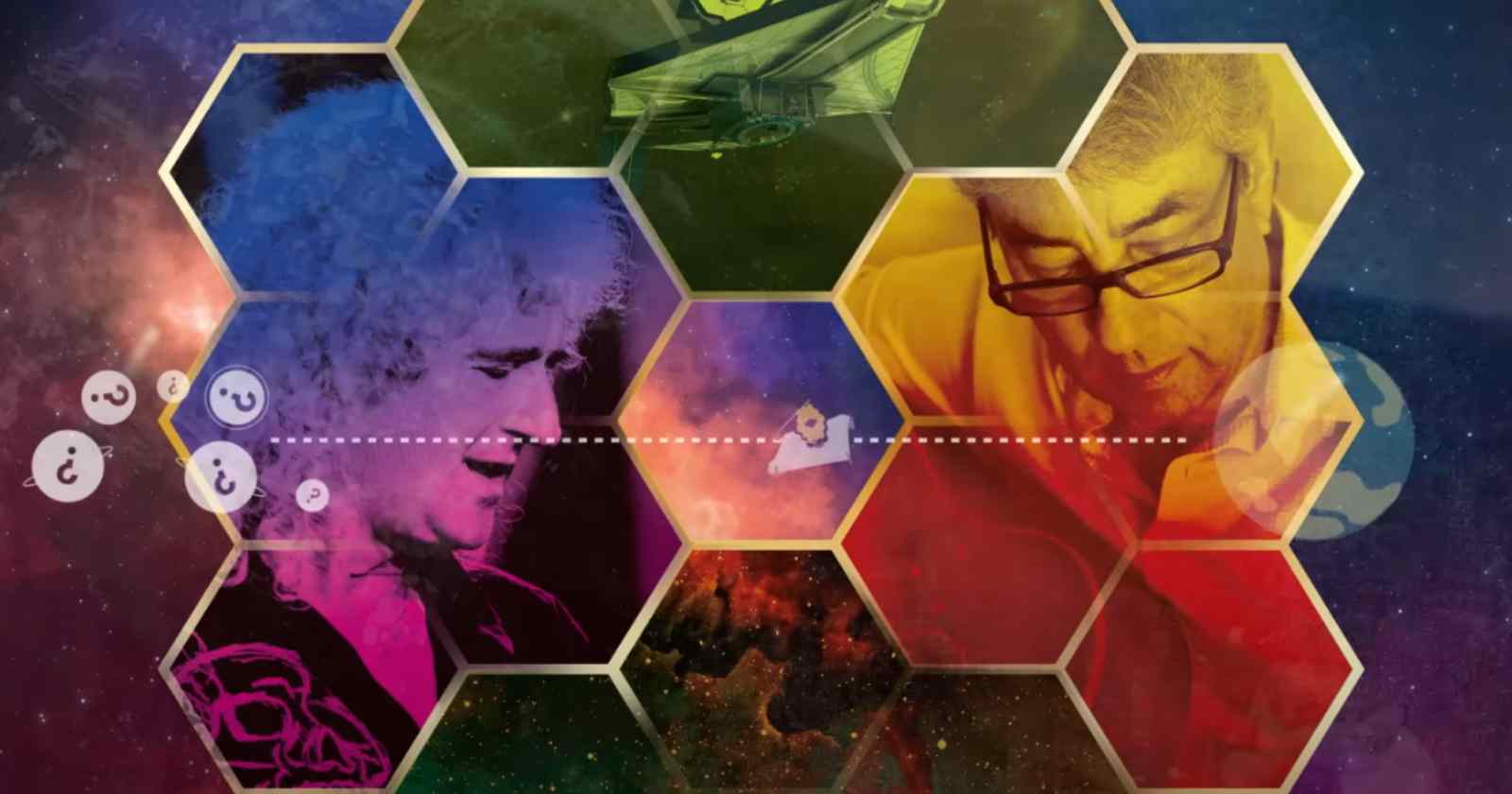 The Queen guitarist Brian May released “Floating In Heaven”, a new track inspired by the James Webb telescope that is making history capturing incredible never seen images of space. The song was written by 10cc founder Graham Gouldman, who also did the vocals.

Hear the new Brian May song “Floating In Heaven”:

With a well-renowned passion for Astronomy, having earned a PhD in astrophysics from Imperial College, London, in 2007 and a “science team collaborator” with NASA’s New Horizons Pluto mission – Brian May notably launched his track New Horizons from NASA headquarters on New Year’s Day 2019 to mark the flyby of the distant object Ultima Thule. Now he teamed with fellow space science enthusiast, 10cc frontman Graham Gouldman to recognise this discovery moment with new music.

The official video of the song shows May and Gouldman relflected on the James Webb telescope while it flows in space.

“Now the world’s so far away
The planets all explored
The promise of a brand new day
And all that came before, oh yeah”

Brian May is currently on the road with Queen in Europe this July, playing in Italy, France, Belgium, Denmark, Sweden, Norway, Finland.