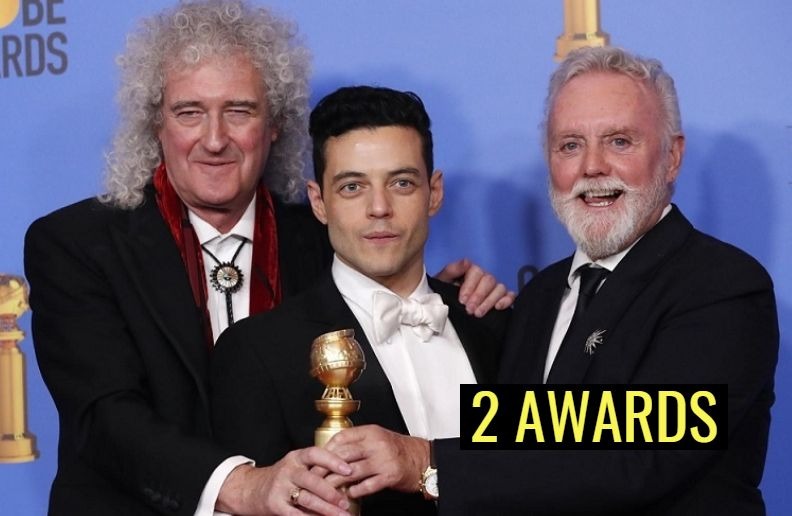 Rami Malek won the 2019 Golden Globes for best actor in a drama film after playing Freddie Mercury in the feature film “Bohemian Rhapsody” on Sunday (6). The movie was also elected the best on Best Motion Picture – Drama category.

In his speech, Malek said:

“I thank Queen for ensuring that authenticity stays in the world. And Freddie Mercury, this is for you. ”

“My heart is pounding out of my chest. It is a deep honor to tell this story among these extraordinary actors, I am privileged.”

“Thanks to everyone who worked so hard in this movie. I have to thank [producers] Graham King and Denis O’Sullivan, you worked for over a decade to make sure this story was told.”

Malek also addressed to Queen guitarist Brian May and drummer Roger Taylor at the awards, saying that both were fundamental in enabling the team to faithfully reconstruct the group’s trajectory, told in the films through songs and shows that marked the history of one of the most popular bands of the 80’s.

To interpret the singer, Rami Malek had to use a sort of “denture” with protruding teeth, like the ones that Freddie Mercury had.

Great moment ! Thanks to all who made this happen. Bri

With the unsung (so far) heroine of the film – the truly awesome Lucy Boynton who immortalised Freddie’s Mary on screen. Respects ! @lucyboynton1 Bri

And lastly but not leastly … my fantastic new brother – the younger me ! – Gwilym Lee. No words are enough. Eternal thanks Bro’ ! Bri