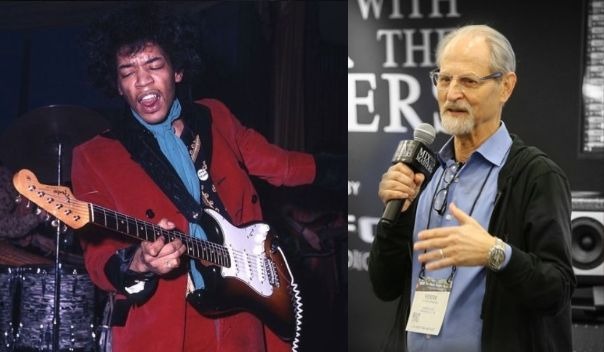 The legendary producer Eddie Kramer, responsible for some of Jimi Hendrix albums, was interviewed on Jonesy’s Jukebox and revealed that the guitarist hated the sound of his own voice.

“He hated his voice. I used to make these three-sided screens facing away from the control room and put him around this side, turn the lights down.

“He didn’t want anybody to see him sing and he’d stick his head around and say, ‘Was that alright?’.”

Did you ever just walk in there and feel the vibes?

“If you walked in there, you would feel that too. It’s so pervasive. But if I sat there in the control – and just sat there quietly – I know if I’m in there mixing, he’s sitting right there on my shoulder.”

So once you got set up for ‘Electric Ladyland,’ did you change different songs or did you just let the tape roll and just… did he have a bunch of songs ready to go?

“Well, we would start at 7 PM and be done by midnight. Chas [Chandler] was financing it, so it wasn’t as if the record company was paying it, it was still at that level.

“They were just looking to make another single; they weren’t ready to make a record, didn’t have the money for it. He sold his bass to get money to get studio time. Chas was funding all this by himself, he believed in Jimi.”