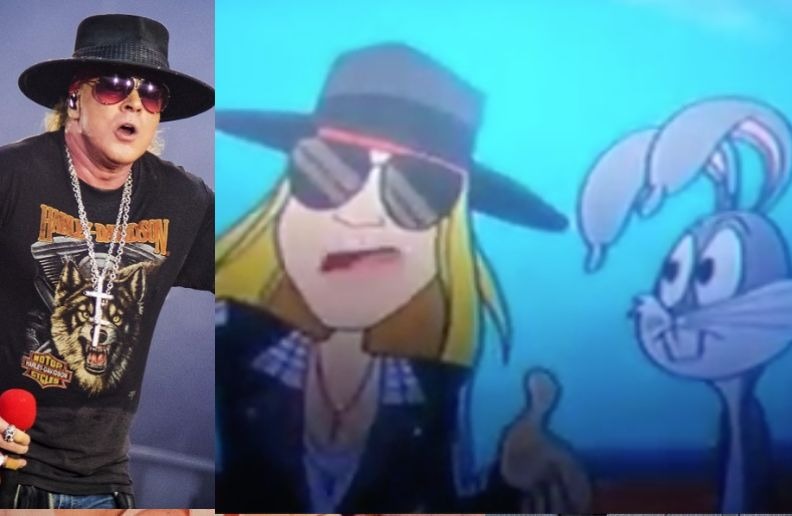 It’s still unclear if really is Axl Rose’s special participation on Looney Tunes or if it is a version of the singer made by the cartoon. A video of a character that apparently is the vocalist singing an unreleased song called “Rock The Rock” was released.