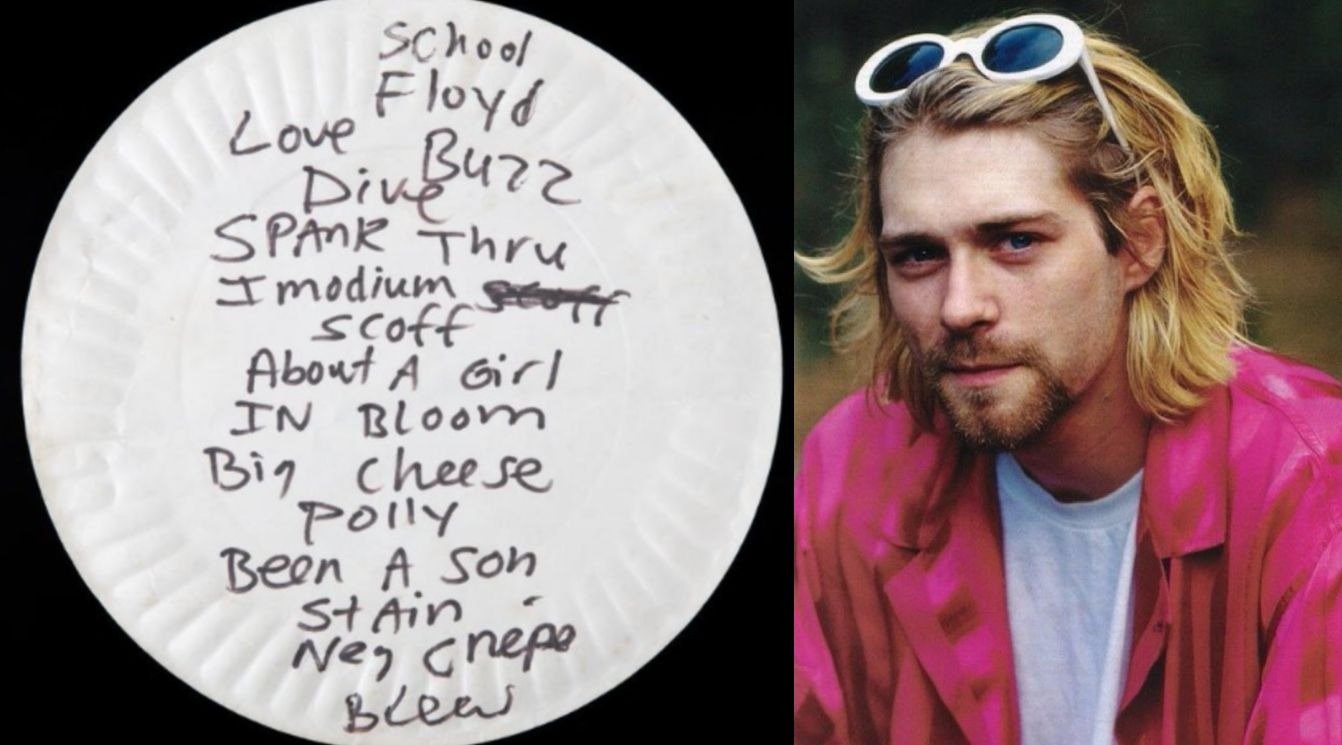 In April 1990, Nirvana performed in the city of Washington. Before the show, Kurt Cobain ate pizza on a plate. After the meal, Kurt decided to recycle the utensil by writing the set list on the plate.

If you want to buy some historical item, enter the above website. You are likely to find more useful products than a disposable dish.

Born in Aberdeen, Washington, Cobain formed the band Nirvana with Krist Novoselic and Aaron Burckhard in 1987 and established it as part of the Seattle music scene which later became known as grunge.