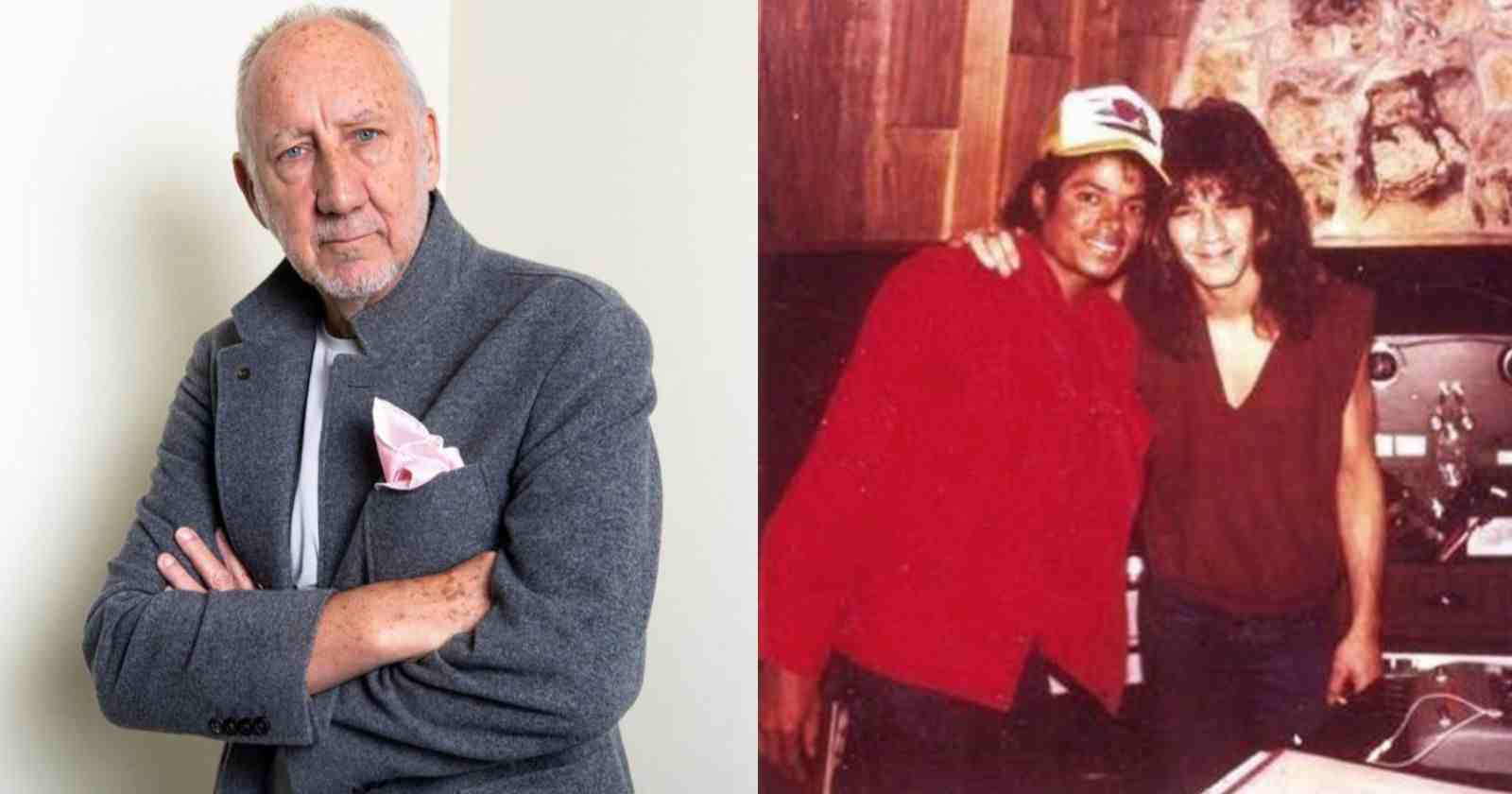 One of Michael Jackson’s biggest hits was “Beat It” and the pop song had an amazing guitar solo made by Eddie Van Halen. However, according to The Who guitarist Pete Townshend, Jackson first asked for him to play guitar in the “Thriller” album and then he recommend Van Halen for the pop star. The musician told the story in an interview with Rolling Stone.

“I was once asked by Michael Jackson to play electric guitar on the Thriller album. I said I couldn’t do it but recommended Eddie who called and we chatted. He was utterly charming, happy about the connection. But told me how much he was enjoying playing keyboards. His smile was just classic. A man in his rightful place, so happy to be doing what he did.”

The musician continued talking about the guitarist’s death:

“It’s completely tragic that we have lost him. He was not just an innovative and stylish player with great taste, he was also a laidback virtuoso showman who just blew us all away every time. Every shredder today has lost their Master Teacher and Guide.”

“As he got older he became more generous and amusing and self-effacing about his enormous gifts. He shared so many tricks through guitar workshops, online and on TV shows. Immense talent. The Great American Guitar Player. I was hoping he might be President one day.”

Wolfgang Van Halen was the one who revealed his father’s death saying:

“I can’t believe I’m having to write this, but my father, Edward Lodewijk Van Halen, has lost his long and arduous battle with cancer this morning. He was the best father I could ever ask for. Every moment I’ve shared with him on and off stage was a gift.”