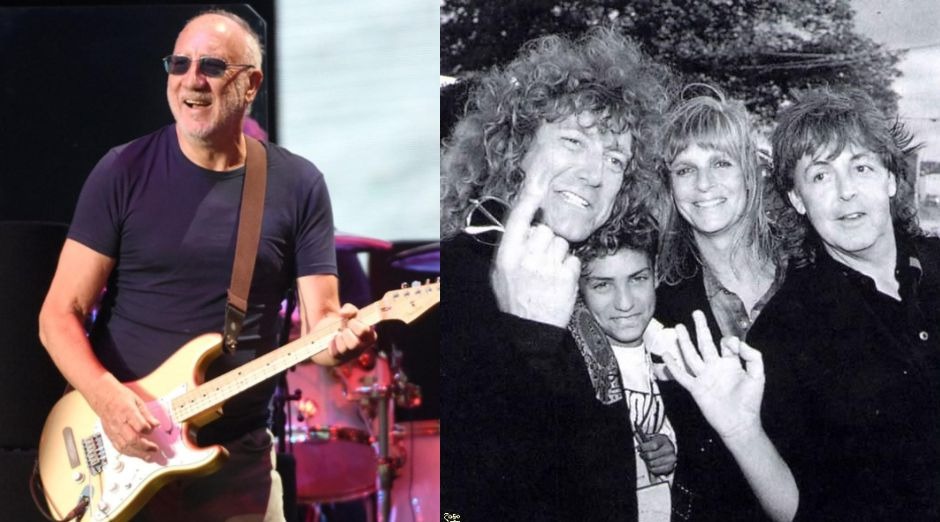 For Pete Townshend, the Beatles were definitely not rock and roll. And they were just a “big pop phenomenon” that created “light songs with artwork occasionally thrown at them.”

The Who guitarist had already said that the British quartet was “extremely bad” when it had isolated vocal and instrumentals, when it decided to give a detailed opinion on the work of Paul McCartney, John Lennon, George Harrison and Ringo Starr.

In an interview with Rolling Stone USA, Townshend was asked about McCartney’s 1982 album Tug of War. In response, the artist asked a rhetorical question about his connection with rock and roll.

Townshend also revealed who the rock references were to him. And emphasized that the Beatles could not be included in them.

“For me, rock was the Rolling Stones, and before that, Chuck Berry, and before that, maybe some people who lived in the Louisiana countryside. But I can’t really include the Beatles in that. The Beatles were done with Herman’s Hermits. This is not rock and roll. ”

But the Beatles were not alone. Another British group that Townshend didn’t like was Led Zeppelin. According to ShowBiz CheatSheet, the musician has mentioned several times that he doesn’t like the band’s compositions and that Jimmy Page intimidated him when he was younger.

Foreigner, Kansas and Europe will tour together
Sharon Osbourne wants a movie about her and Ozzy in 2020
Advertisement
To Top